Does the name Ahmed al-Jumaili ring a bell?

The two men were shot and killed by police in a Dallas suburb just over a week ago, when they opened fire outside a controversial cartoon exhibit of the Prophet Mohammad organized by hate-monger Pamela Geller. 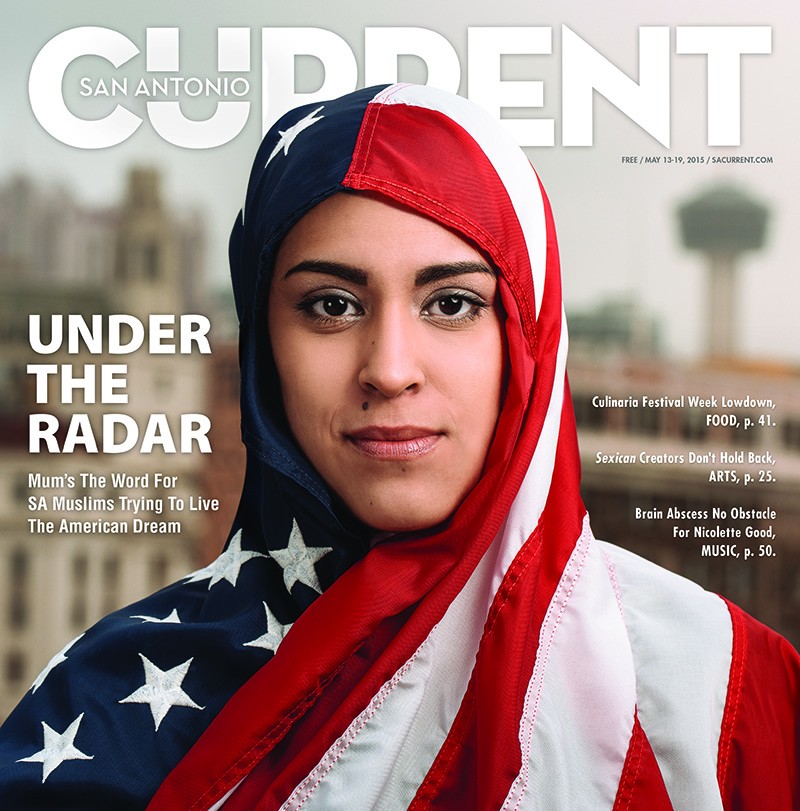 Most Muslims consider depictions of the Prophet to be offensive, though none actually protested the event.

After news spread of the terrorist attempt, Muslims in San Antonio braced themselves for an endless onslaught of Islam-bashing by media commentators and on social media.

"Those men are just like any criminals. Why are they calling them Muslims?" asked Sarwat Husain, founding president of the San Antonio chapter of the Council on American-Islamic Relations, a national advocacy group.

Al-Jumaili, however, was not a criminal and the 17-year-old accused of killing him was allegedly seeking out rival gang members, not Muslims.

The victim, an Iraqi man, had been in the United States for just over three weeks and was taking pictures of snow — something he had never seen before — when he was murdered in Dallas just over two months ago in an apparent case of mistaken identity.

After he was killed, there was rampant media speculation that his death was a hate crime. It wasn't. But that didn't stop fear from spreading through close-knit Muslim communities in Texas cities.

It's no surprise then that the murderous intentions of Simpson and Soofi, which were fueled by their admiration of the terrorist group Islamic State, also known as ISIS or ISIL, would also instill panic — perhaps to a greater extent.

Just two days after the attack made headlines and consumed airwaves across the country, a Muslim child was allegedly attacked in a San Antonio school, according to Husain.

But she wouldn't provide details, insisting she was not at liberty to identify the victim.

She had a reason. 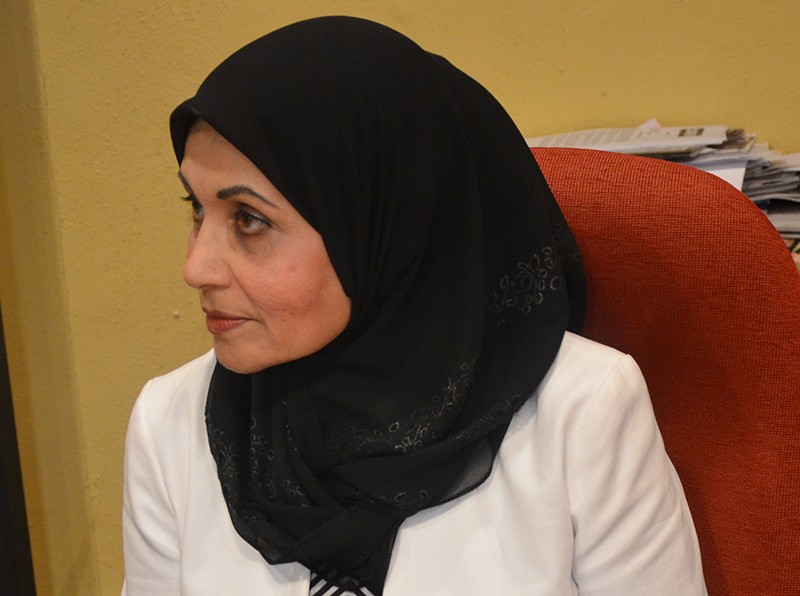 "The fear factor is so high in the community," she told the San Antonio Current. "All of a sudden, after what happened in Dallas, everyone was on alert in San Antonio, in the state and the nation."

That's reminiscent of post-9/11 and just about every time there's an altercation involving Muslims or Islam — people clam up, unwilling to speak up to report crimes, fearing retaliation.

"About two or three weeks ago, a Muslim woman wearing a hijab was attacked real badly at Home Depot," Husain said in an interview last week. "So those kind of attacks do take place. Some are reported to us, but most are not reported to us."

That sounds alarming. Hate crimes are apparently still happening in the Alamo City, but the news stays within the Muslim community. And yet other attacks could be taking place but news doesn't go farther than the victim's home, if that.

Religious discrimination is the fourth-most common hate crime in Texas and the majority of reports are assaults. 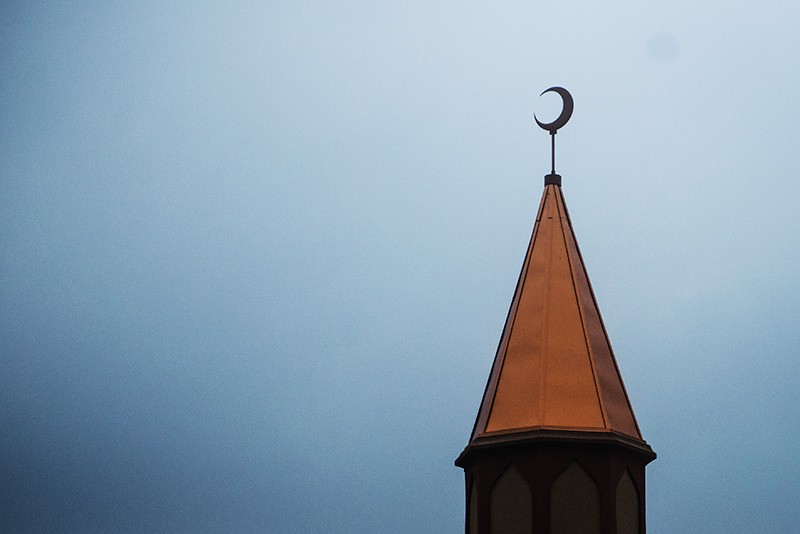 There are approximately 30,000 Muslims who call San Antonio home and they come from 57 different countries, Husain said.

In 2005, Husain told the Current that roughly 13,000 Muslims lived in the Alamo City. So the population has more than doubled over a decade, which doesn't surprise Gabriel Acevedo, a sociology professor at UTSA.

While there's no real empirical data on Muslims in Bexar County, Acevedo said they're mostly immigrants.

"It is possible, like with other parts of the country, that Muslims may be highly-educated and work in very specialized fields," Acevedo said.

Muhammad Palthau, and his wife Fehmida Khanum, owners of Ali Baba restaurant near the Medical Center, fit that bill.

"I came here 20 years ago," said Palthau, a pathologist by training.

Khanum was also a physician when the couple lived in Pakistan. Now she works as an ultrasound tech.

Their children grew up in the U.S. and are now in college.

If there's xenophobia here, they said, it'd be news to them.

"We are proud here. We are safe here," Palthau said. "I don't see that discrimination. My first name is Mohammad and I don't feel a thing. I'm proud to be American."

Syed Hussain, who also has a stake in the restaurant, emigrated from Pakistan to New York City 35 years ago. He also practices medicine and learned to speak Spanish while living in the Big Apple.

But he's got a different take than Khanum and Palthau on discrimination.

"We are the new scapegoat," he said.

Yet, ironically, extremists across the world do have a common trait, according to Hussain, echoing a sentiment with which many Americans would identify.

"Those terrorists don't have religion," he said.

He speaks not only from conviction, but also from experience.

"I was 10 blocks away from the first World Trade Center when it was going down," he said. "That was a sad day in the world."

That's when life for Muslims in the United States turned upside down. They became scapegoats for the attack.

"When my daughter was in third grade, she was 6 or 7 after 9/11, she came home and asked if I was a terrorist," Hussain said.

They're mostly foreign imports who take pride in embracing their new home and becoming Americans.

According to a 2011 national survey by the Pew Research Center, 63 percent of Muslim-Americans who are 18 or older are immigrants and 25 percent of U.S. Muslim adults arrived post-2000.

So they may have come from elsewhere, but most clearly made it a goal to integrate and gain citizenship (81 percent of those surveyed said they became Americans).

Most Alamo City Muslims are immigrants who followed the American dream. Yet they are often asked to apologize for extremist fundamentalists who commit violent acts against innocent people in the name of Islam.

Mainstream media distorts their religion. This convolution trickles into millions of households across the country, which in turn negatively molds perceptions of Muslim-Americans.

And Tea Party Republicans pandering for votes and financial contributions add fuel to the fire with their incessant xenophobic rhetoric.

Researchers used a scale of zero to 100 to measure how Americans felt about all religious groups, with a low score indicating a negative view. Republicans rated Muslims at an average of 33. They rated atheists at 34.

Evangelical Protestants seem to shun Muslims the most. And as we well know in SA and Texas, they're not in short supply here.

But there is a more visceral reason for discrimination. Many Muslims look and speak differently than the stereotypical white American.

According to Acevedo, discrimination often targets women who wear a hijab, or veil which covers everything but the face. He calls the practice an external display of faith.

"I think a second area would be for men who, frankly, have physical characteristics of being Middle Eastern," he said. "Men often report discrimination because of physical appearance — skin tone or sometimes they wear a longer beard." 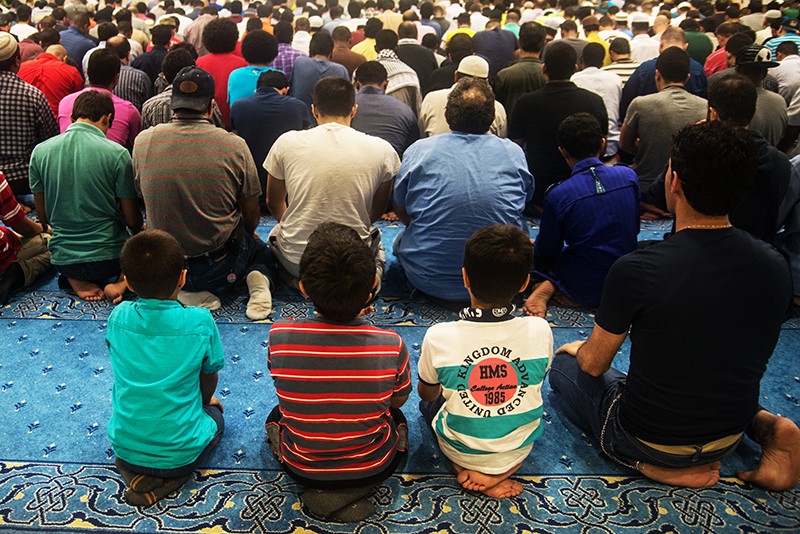 Take Sikhs, for example. They don't follow Islam but their tradition calls for them to wear head turbans, leading many to see them as Muslim.

Muslims also pray five times a day. At colleges with heavy presences of foreign exchange students from Middle Eastern countries, it's not uncommon to see someone praying on bent knees with bowed backs.

"Any time people engage in public religious expression, it may be problematic to other people," Acevedo said. "There are lots of reports of Muslim men praying in airports or holding religious beads that causes some people tension."

Both Husain and Hussain told stories about being detained in airports for hours upon hours of questioning, often leading them to miss their flight.

Whether discrimination is rooted in religious bigotry or xenophobia or a combination of both, this American obsession really took off after the 9/11 attacks.

"9/11 was a watershed moment," Acevedo said. "It's quite fair to say targeting Muslim immigrants in the United States is linked to 9/11 and linked to the continuing war on terrorism and geopolitical conflict around the world."

But just like ISIS or Al Qaeda don't reflect the values of the majority of Muslims, lightning-rod activist Geller and her propensity to mock Islam doesn't represent that majority of non-Muslim Americans.

"I think what ends up happening, really on both sides of these issues, is extreme views and extreme actions always tend to be very provocative and really don't represent what the vast majority of people feel and experience," Acevedo said.

Still, San Antonio's Muslim community, like others across the country, continues to encounter societal resistance.

That's why Husain tirelessly works toward confronting misguided views and telling anyone who will listen that Muslim-Americans aren't any different from other Americans.

"I wish, instead of doing this, or educating people in this way, I wish it was more peaceful," she said. "I'm thankful for God that he's given me an opportunity. What little I'm doing, something needs to be done."

Husain was in Austin last week testifying at a legislative hearing about a bill proposed by State Rep. Jeff Leach from Plano called "American Laws for American Courts."

The bill would prevent "foreign forum selection" and "foreign laws" from superseding state and federal laws and courts. The proposal is specific to marriages, divorces and any lawsuit affecting parent-child relationships.

While Leach didn't single out any religion, Husain said the bill is anti-Sharia Law, the traditional Islamic legal system. She believes Leach's proposal is a reaction to Islamic Tribunals, a non-binding arbitration process used to settle civil matters.

"These are the leaders, the elected officials, who do not understand their own laws — state and federal," Husain said. "We have the best judicial system in the world. And they are talking about going to some Muslim place, getting a divorce and coming back here. They still have a right to go to court!"

While Leach's proposal is preposterous because the U.S. judicial system already trumps Islamic Tribunals — or any other religious method of arbitration, like beth din, a rabbinical court used by Orthodox Jews — there are other Lone Star State legislators who are openly hostile toward Muslims.

During "Muslim Capitol Day" in February, White posted on Facebook that if any Muslims came to her office, she would ask them to renounce terrorism before speaking to them.

"I did leave an Israeli flag on the reception desk in my office with instructions to staff to ask representatives from the Muslim community to renounce Islamic terrorist groups and publicly announce allegiance to America and our laws," White wrote.

And then, of course, there's Geller, who organized the provocative "Draw Mohammad" event in suburban Dallas last week.

"What happened in Dallas, the shooting ... that should not have happened," Husain said, explaining that Geller is full of hate and fear, which she said she serves up through the smokescreen of free speech.

Geller may have gotten what she wished for in terms of the two Arizona men who attacked the event, one who was already on the FBI's watchlist.

"Dallas and the surrounding areas have about 100,000 Muslims. None of them reacted or protested," Husain said.

Those are real Muslims, unlike the growing cadre of opportunistic agitators who hijack Islam as a conduit for their terroristic endeavors.

The Arizona duo being just the latest example.

"They are not Muslims," Husain said. "If you take one life, it's as if you have killed all of humanity."