Inside Game: Bones and the weird world of internet rap 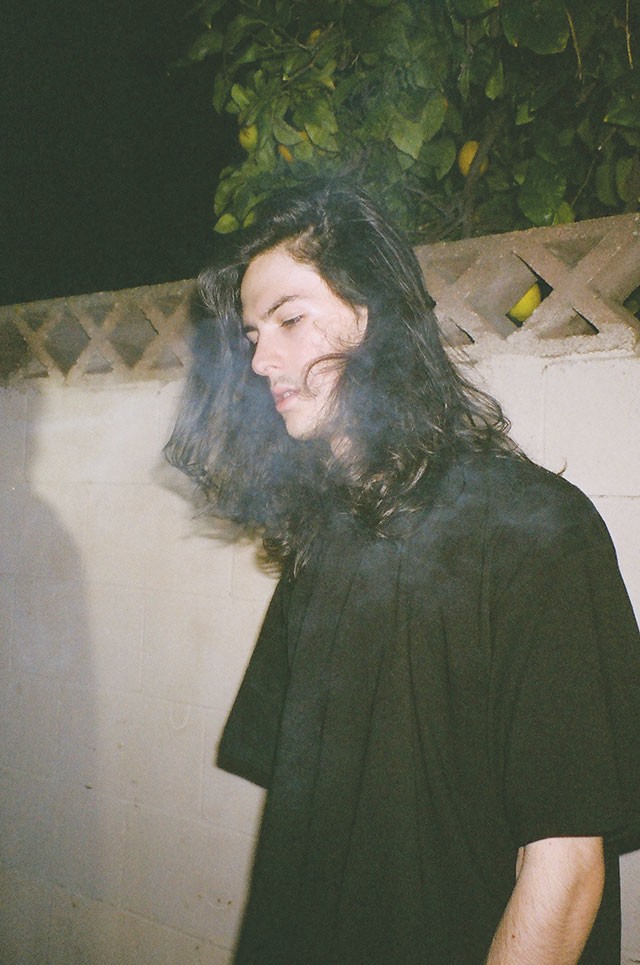 The first time I heard Bones’ music was the first time I felt Grandpa Simpson’s wisdom ring true—“I used to be ‘with it.’ But then they changed what ‘it’ was. Now what I’m ‘with’ isn’t ‘it’ and what’s ‘it’ seems weird and scary to me.”

Bones’ songs rarely last more than two minutes. He murmurs his bars over murky, merkin’ beats, dropping the rhyme pattern for non sequiturs and rarely including a hook to bind the song together. He also shifts wildly in style, from the gloomy, achingly slow grind of “Weatherman” to the Frank O’Hara “I do this, I do that” poetry of “IGotABMXBikeButImNotVeryGood” and the recent bullshit-calling lurker of “We Don’t Believe You.”

“Shampoo,” in which Bones croons an out-of-tune message of love and patience, might be the worst song I’ve ever heard. “I’m just trying to do everything,” Bones (born Elmo Kennedy O’Connor) told the Current over the phone. “I don’t want to be known as a singer or rapper or singer-slash. I want to do it all so no one can place me.”

Bones operates under the blanket category of internet rap, a genre that couldn’t be more elusive, changing constantly and abiding by its own indeterminate rules. Like the deep web’s relationship to the regular internet, internet rap is almost inaccessible to those familiar with Top 40 material. They contain regurgitated AOL “You’ve got mail” samples, schizoid hi-hats, chopped sounds from ’90s Nintendo and smooth jazz elevator music. Bones’ songs act as a soapbox for his apathy and anxiety. It’s a model of “sad rap,” an aesthetic to combat the endless hype loop of hip-hop, the e-stuff included. Of course, by the time this goes to print, the sad stuff will most likely be in the ground—the cycle moves that fast.

Other than the bold shifts in style, Bones’ shining trait is his Adderall-esque work ethic, releasing a small library of mixtapes and 60 videos in the past two years. With such an outpouring, Bones’ work often feels unfinished, written and recorded in large gulps of creativity and posted soon after. At the age of 19, Bones has yet to develop a keen editorial eye, releasing stellar and innovative rhymes with straight-up unlistenable work on the same mix. And for what he’s doing, that’s alright—Lil B, the biggest name in internet rap, has over 45 gigabytes of material and there’s a small hard drive’s worth of garbage in there among the gems.

The only element of Bones’ style more distinct than his mumbling delivery is his eerie VHS persona onscreen. Like the found tape footage of low-budget horror movies, Bones’ videos are creepy, crawling things with tape decay and manual rewinds adding to the chilling effect. Looking like lost children from Larry Clark’s Kids, Bones and his Team Sesh collective roam Los Angeles, drinking Fiji water and channeling the b-roll scenes in skate videos.

And with so many synapse-short videos waiting in the suggestion bar, Bones’ music is custom fit for the hyperactive online attention span. It’s a perfect example of David Byrne’s TED Talk diagnosis of an artist catering his work to the venue—“Do we all make things with a venue, a context in mind?”

Here, the venue isn’t a physical space, but a YouTube channel packed with stoned teenagers.

For Bones, it’s a lot more straightforward: “I think YouTube’s got it down pretty good. Bandcamp you run out of downloads, there’s a lot of fucked up shit on a lot of the sites and YouTube is just pretty good.” On the phone, Bones sounded like a kid in class slumped deep in his chair, mumbling short, obligatory responses ‘til the clock ran out.

As for the VHS aesthetic, it’s a practical decision and a visual statement. “That’s a camera we’ve had since we were really little,” said Bones. “I feel like everybody has an HD camera. Not everybody has one of [these]. It can really turn you off or intrigue you, but a lot of kids see it and think, ‘Where’s the HD?’”

Working in LA, Bones collaborates primarily with rappers XWulf and Chris Travis, also on Friday evening’s bill. “They’re hard as fuck,” according to Bones. Travis reps a traditionally trill Memphis sound, while XWulf leans closer to Bones’ internet weirdness. SA rap fans can only hope that the trio will bring out “We Don’t Believe You,” in which XWulf drops the rarest San Anto line ever—“Selena come back just to sing to me.”

Though the music seems tailor-made for the YouTube crowd, Bones claims that the live experience wanders into punk territory. “Every show we do there’s people moshing,” said Bones. “Honestly there’s nobody doing rap music that is doing shows like how we do. I never went to rap shows growing up and neither did anybody we work with.”

For those interested in the Shape of Rap to Come, the Korova is the place to be on Friday evening. For better or worse, rappers like Bones are shaping the music’s future, making changes that will inevitably filter higher up on the hip-hop food chain.

Correction: June 13, 2014
This article was amended to reflect a change in venue from the Limelight to the Korova.