Insidious steals, borrows, and scares the hell out of you 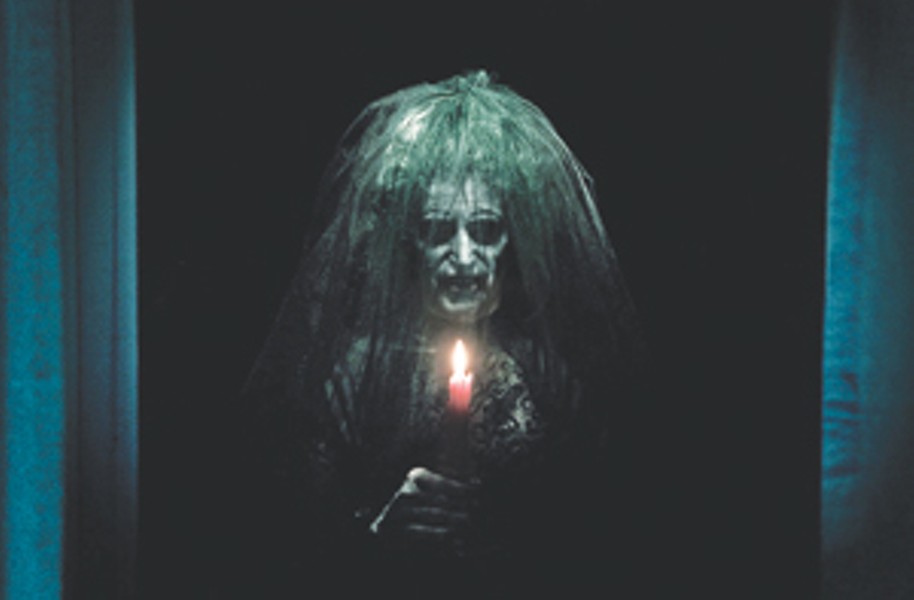 Trainspotting the various borrowed horror staples (the big old house, the creepy attic, the eerie rocking horse), Insidious lifts from specific classics (Poltergeist, Psycho, The Haunting), and genre nerds can have a blast with it. Then again, one of the reasons scary movies scare you is that you know what’s coming — or, even better, you think you know what’s coming and it turns out that you don’t.

Insidious is almost two movies. In the first, young parents Josh (Patrick Wilson) and Renai (Rose Byrne) move their two boys into a hulking old house. While man-boy teacher Josh leaves for school each day, sad songwriter Renai is left behind with the boxes and the kids and, in textbook haunted-house-flick fashion, things start happening. Wan uses silence and subtle sound to build an almost unbearable mood of creeping dread, shot through with a handful of sudden shocks. As older son Dalton (Ty Simpkins) falls into a mysterious coma, Renai becomes convinced that something is horribly wrong. (The deliberate pace has the added benefit of allowing the cast to sketch out something like actual characters, not just Sims-like stand-ins.)

The family soon flees to a new house, only to discover it wasn’t the house that was haunted. This signals the arrival of Josh’s creepy mom (Barbara Hershey, now cornering that market apparently), a spirit medium (Lin Shaye), a pair of comic-relief ghost hunters (Whannell and Angus Sampson), and, basically, a whole new movie. This one is heavily indebted to the plot and the theme-park hydraulics of, yes, Poltergeist.

Even though the pacing increases until it’s hammering away, Insidious starts to lose its clammy grip as the advancing narrative forces it to reveal more and make some sense. A stranded plot, loony rationalization, and multiple twists don’t help matters, but by that point scary movie fans will likely be so delighted by having their expectations rewarded, subverted, and otherwise played with — that they’ll barely even feel Whannell and Wan’s kitchen sink clunking them in the head.