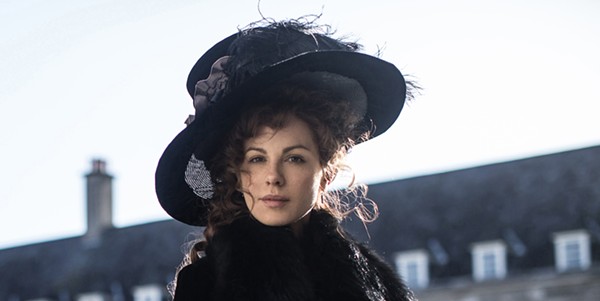 In Love & Friendship, an adaptation of author Jane Austen’s lesser-known epistolary novel “Lady Susan,” British actress Kate Beckinsale (The Aviator) stars as Lady Susan Vernon, a cunning widow and mother who takes refuge at her in-laws estate where she makes it her mission to secure a husband for both her and her reluctant young daughter.

During a satellite interview with the Current, Beckinsale, 42, talked about bringing this very unusual Austen character to the big screen and whether or not she feels the 18th century English novelist’s work still resonate with today’s contemporary, independent woman.

Love & Friendship opens at the Santikos Palladium, Bijou and Embassy theaters Friday, May 27.

Talk to us about Lady Susan as a literary character. Why is she different than other Jane Austen’s protagonists?

She’s a very unusual character in that period of literature. She is somebody who is very self-interested, very charming, rather ruthless and very funny. In my experience of that period of literature, if you have a woman who is rather sexually liberated and a bit naughty, she usually meets a gruesome end. There’s a bit of a morality tale at the end of [“Lady Susan”], but she doesn’t [meet that end]. She gets away with everything she does.

Most of Austen’s female characters are dependent on a man his fortune to find happiness. Do you see this as a theme that still resonates with today’s modern woman?

[Lady Susan] is different in a sense that she is very pragmatic about it. Yes, in the time period it was essential for a woman to find a man who was financially stable. That’s absolutely true for Lady Susan. It’s just that I don’t think that she thinks that’s the only man she can have. She’s very clear-eyed about what each man is for in her life. I think we’ve come a pretty long way since then. I think as a woman [today], we have expectations to further our education and career and be able to marry for other reasons than not ending up in the poor house. I’m not saying we’re finished, but I think we’re definitely in a better spot with that stuff. 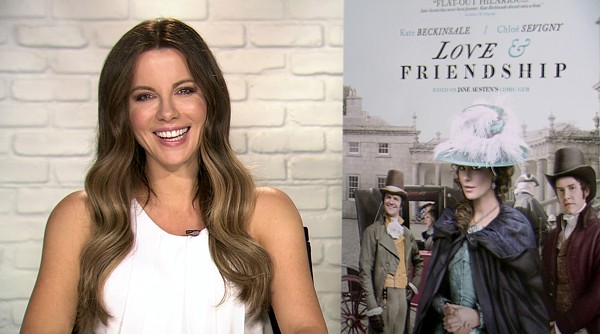 What was your relationship like with Jane Austen prior to shooting Lady Susan? Were her books introduced to you in high school like most people and, if so, did they resonate with you right away?

Yeah, I think probably in England, around 11th or 12th [grade] you start reading Jane Austen. I really like reading the books. I ended up playing Emma [Woodhouse] when I was about 20 or 21 [in the 1996 TV movie Emma]. I went into a deep dive in that novel (“Emma”) because I was playing her. I really liked playing her as a character. She’s another one. I think Jane Austen describes her as a character she had written that she didn’t think was very likeable, which I ended up disagreeing on. But she has a soul that can be annoying or meddling. I liked all that about Emma very much. Lady Susan is a sort of turbo version of that, I think.

You mentioned “Emma.” That Jane Austen novel and others like “Pride and Prejudice” have been adapted into different film versions for years. Why hasn’t the same been done with “Lady Susan” do you think?

Well, first of all, I don’t think very many people were aware of it existing. It was a novella that Jane Austen wrote around the age of 20 and then never published. It’s not really one of her best-known works. It was unfinished. I just consider it this little gem floating around that [director] Whit [Stillman] ended up finding and bringing to life. It’s wonderful. I never thought I would be able to say in my career that I was among the first to put a Jane Austen character on the screen. That seemed so completely unlikely because she has stuff adapted all the time. It feels like a really special privilege.

What did you think about Whit deciding that he would be the one to novelize the film into a new version of the story?

He was pretty faithful to [Jane Austen’s original novella]. It’s an epistolary novel, so it’s written in letter form back and forth. By the end of it, [Austen] kind of wraps it up without it being letters back and forth. He didn’t change much. He was a very good fit for Jane Austen in terms of his wit and his sense of humor and his observation of social and moral manners. I think he was the perfect person to do it.

If you, Kate Beckinsale, lived on an estate in the 19th century, how do you think you’d fare if you had to work your charm to secure a husband? Would you have them lining up in droves?

(Laughs) I have no idea! I don’t think it’s for you to say that about yourself, is it? It certainly isn’t in England. I’m glad I’m not, that’s all. I’m quite glad I went to university and got to choose.