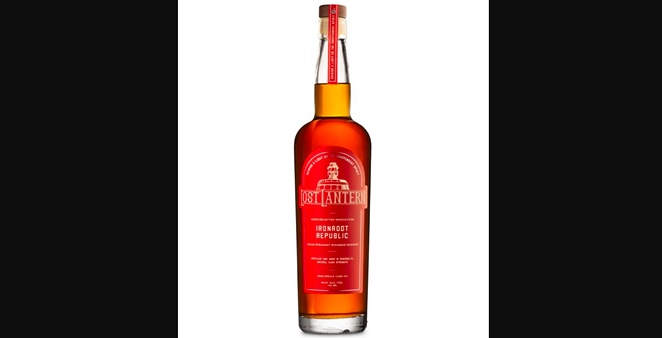 The whiskey sells for $115 per bottle and is available from the Lost Lantern website.

Ironroot Republic, located on the north Texas town of Denison, is one of the most highly awarded young distilleries in the country. It produces complex oak-spiced bourbon thanks to pressure fluctuations that create a unique environment between the whiskey and its cask, according to Lost Lantern.

Made from 85% yellow dent corn, 5% purple corn, 5% flint corn and 5% rye, Cask #10 was aged in a 53-gallon new American oak barrel for three years. According to tasting notes, it's bold and spicy, with a "touch of delicate summer violets." The Bourbon is offered at natural cask strength of 129.2 proof, and it's non-chill filtered.

Lost Lantern founders Nora Ganley-Roper and Adam Polonski founded their venture late last year after being inspired by the long tradition of independent bottlers in Scotland.

This March, the company released a special expression of Waco-area Balcones Distilling’s Straight Bourbon Whiskey as part of its spring lineup.