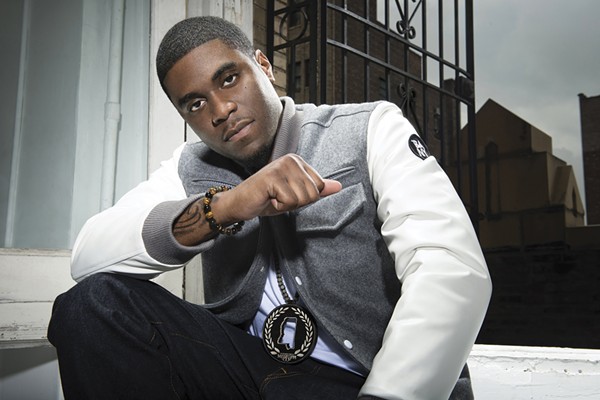 When it comes to producing rap superstars, the South reigns supreme. There are the eclectic clans like Andre 3000, Big Boi and Young Thug; the hype maestros of 2 Chainz, Migos and Future; and rap royalty in T.I. and Ludacris. The list goes on and on. However, despite his decade-long career, Big K.R.I.T. still hasn’t found the traction and success he probably deserves, and he knows it.

But the main problem is the Mississippian’s crutch on reincarnating the past. It’s no wonder that K.R.I.T. stands for a “King Remembered in Time,” which, in this case, could almost be taken literally. From a technical standpoint, K.R.I.T. is an exceptional rapper, channeling the socio-political fodder of Goodie Mob, the charismatic gusto of Pimp C and the Southern p-funk of Big Boi circa Speakerboxxx. Production-wise, K.R.I.T. follows in the vein of hip-hop purists preferring the 808 boom-baps and Southern rap sub-woof crushers of UGK and Organized Noize. From his debut mixtape, K.R.I.T. Wuz Here, to his most recent mixtape It’s Better This Way, both could be heard quivering in the woofer booms of someone’s run-down Cadillac.

Back in 2010, on K.R.I.T. Wuz Here, he a champagne-on-ice hedonistic life: “I just touched down/Tell me what I’m doing if I ain't pimpin’,” K.R.I.T. in braggadocio on “Just Touched Down.” Three years later, on his mixtape King Remembered in Time, he lamented his inability to coalesce his success into fruition. “Cause’ even when you polished, niggas won’t let you shine for shit,” said a vexed K.R.I.T. he may sound bummed, but he remained unfazed: “Forever getting mine, forever on the grind.” Two years later, 10 mixtapes and a studio album in, it seems as if K.R.I.T. is now content with his place in hip-hop. “You don’t really like what they play on the radio every single day,” he raps in It’s Better this Way.


“If you’re looking for some original soul, I know where you should go.”

So what he lacks in innovation, he makes up for in consistency. Since his burgeoning, hyped years of 2009-10, K.R.I.T. has managed to release a continual body of work yearly that focuses on the album entirely. Rather than functioning on the modus operandi of modern rappers — where Rae Sremmurd and Young Thug fly on the coattails of contagious singles like “No Flex Zone” or “Lifestyle” — K.R.I.T. has received recognition through his lengthy catalog of mixtapes.

There’s a reason why he says, “I apologize if I’m oh-so-old-fashioned” on “Third Eye” in Cadillactica: a testament to not only his nostalgic-leaning production but also mindset. It’s definitely a dated mindset — because let’s be honest, nobody really buys albums anymore — but he seems more invested in perfecting his sound than stretching his palate too far. And it works for him, because what K.R.I.T. does, he does so well.

K.R.I.T. likes soul, not only sonically but also lyrically. It’s Better This Way and Cadillactica out with soulful funk vibes that could coalesce into a brainchild between Sly and the Family Stone and Goodie Mob. While songs like “King Pt. 4” and “Soul Food” channel watercolor blues with introspective themes of lost values and rising through adversity, songs like “” and “Mind Control” are redolent to the deep Southern bass jolts of Outkast. K.R.I.T. even ventures into psychedelic excursions loaded with ’70s wah and reverb that would make George Clinton proud. The way he seamlessly integrates soul with hip-hop makes you question why more music isn’t being made like this.

Lyrically, K.R.I.T. channels the African-American griot, where his albums take hackneyed anecdotes and expand them into earnest and juxtaposing tales: where there was “grandma’s hands ushering Sunday mornings,” there were also kids “emerged from dirt” as they “dash, sprint, hurdle over those steel gates” to escape the police. In his most personal moments like the hazy apocalyptic “Angels,” and the southern zeal “King Pt. 4,” he draws on communal and intimate experiences that make him one of most gifted lyricists.

Whether K.R.I.T.’s stubborn steadfastness in the fickle face of change will stunt his growth as an artist still remains uncertain. And honestly, he’s sort of like the Spurs. He may not be the most inventive or gaudy player in but he remains persistent and always delivers, speaking to the old adage: why change what works so well?