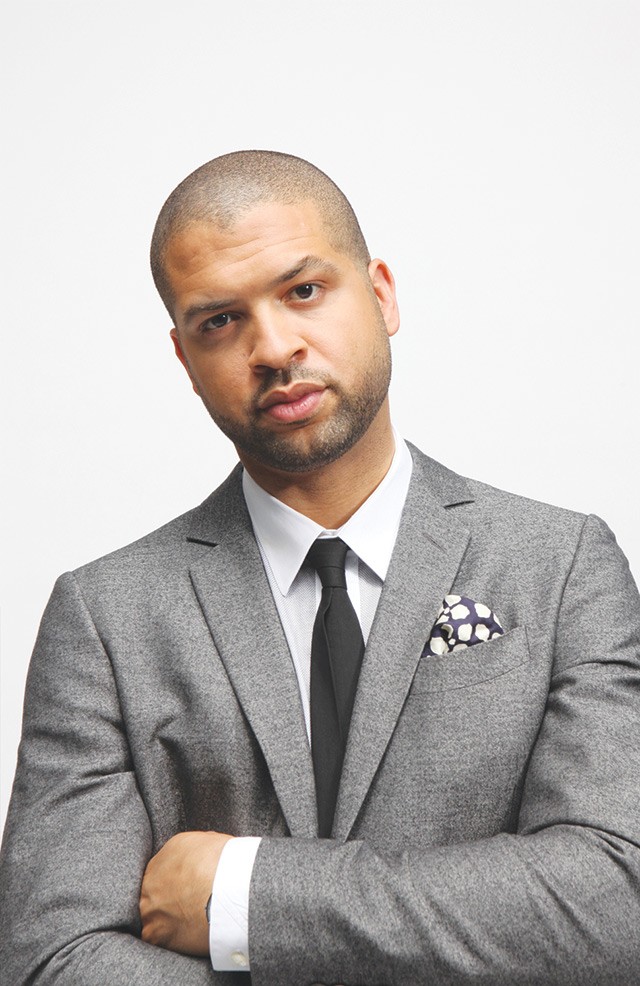 A key feature in Texas-born pianist Jason Moran’s work is presenting jazz in surprisingly different contexts. The 2010 MacArthur grant recipient exhibited a five-day-long performance art piece with his opera-singing wife, Alicia Hall Moran, at New York’s Whitney Museum; improvised with his Bandwagon trio of bassist Tarus Mateen and drummer Nasheet Waits and a group of skateboarders on a half-pipe built in the middle of the newly minted SFJAZZ Center; and reworked the music of Fats Waller to create a dance party complete with a giant papier-mâché cigar-chewing mask in Waller’s likeness.

The Fats Waller Dance Party, visiting the Carver on May 17, is just what it sounds to be: a dance party. Waller’s Depression-era music was airy enough to get people moving in the clubs, with playful, stride piano tunes like “Ain’t Misbehavin’,” “Honeysuckle Rose” and the endlessly covered “Jitterbug Waltz.” Though Waller’s innovative material is the stuff of jazz standards, over the years it’s unfortunately been removed from its nigh-century-old dancehall roots.

It seemed only appropriate that such fare would find use today with Moran’s more populist approach. He and famed bassist Me’Shell N’degéocello worked together to make truly dance-oriented jazz, a genre typically perceived as stolid and stationary. In a 2011 NPR interview, the pair described this endeavor not as jazz music but more like the kind of club dance music one would play over the sound system. It’s designed to get folks out of their seats, if seats are even present at all. Past performances of the Fats Waller Dance Party at the Kennedy Center, San Francisco’s SFJAZZ Center and Boston’s Berklee Performance Center have spread a legend of wild success.

Now San Antonio will get a turn, though the Carver’s Jo Long Theatre doesn’t have the option of prying its seats out of the floor. It’s a must-see to discover how Moran, his Bandwagon, and the always capable Carver staff will work around this wrinkle. This won’t be a traditional jazz show and it’ll certainly be interesting to see what goes down at the Carver on Saturday night.

Such is the case with Moran—expecting the unexpected. Somehow the 39-year-old Blue Note recording artist has parlayed his reverent but off-kilter approach into the bastion of academia. In the past few years, Moran has added some impressive gigs to his resume, as resident artistic director at the SFJAZZ Center, musical advisor for jazz at the Kennedy Center, visiting professor at Massachusetts Institute of Technology and faculty member at the New England Conservatory of Music.

In the classroom, Moran instructs first as a jazz musician on the scene, doing all he can to keep from putting the music on a pedestal by confining it to the classroom. The music has already known that context. Jason Moran is a working musician and a man on a mission—he’s always trying to make this music something different.