Jim Breuer On Keeping His Comedy Clean, Relatable And Hilarious 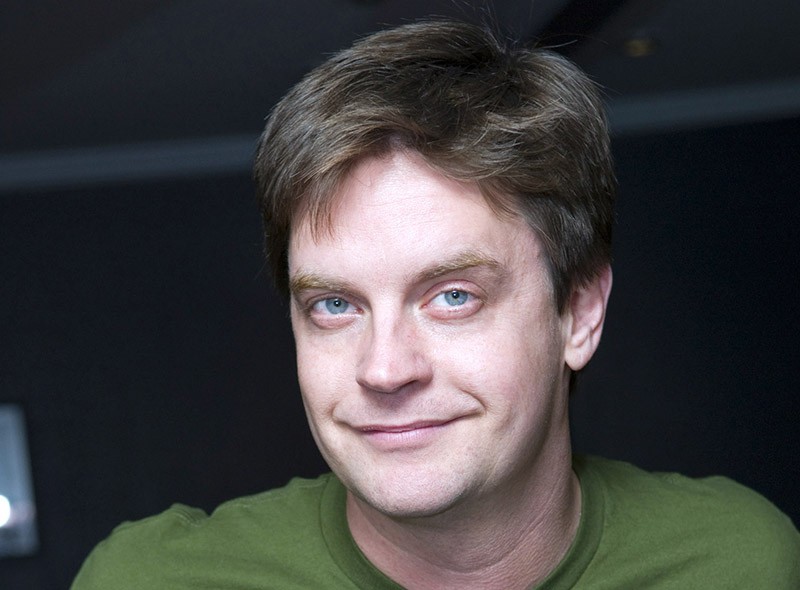 Comedian Jim Breuer hasn't been a part of the Saturday Night Live cast since 1998, so when audiences ask him to revisit some of the characters and impressions he was known for back then, he'll occasionally do it, but would rather not.

"I don't want people thinking, 'Oh, he's done this schtick before,'" Breuer, 47, told the Current during a phone interview a couple weeks ago. "I never want to be that guy."

Guess we'll just have to wait and see if Goat Boy or Joe Pesci makes an appearance on stage when Breuer visits the Empire Theater Feb. 26.

What can we expect from your upcoming show in San Antonio? I know you're more of a storyteller than anything, right?

Yeah, I think my stuff is super relatable to everyone. I don't do politics. I don't do super edgy stuff. I talk about real life. I talk about my dad, my three teenage daughters. I've been married for 20-something years.

Is it hard to be a "clean" comedian these days?

Well, I like that I go on stage and it sounds like I should curse or say something filthy, but at the end of the day I know that I didn't make anyone cringe at something dirty, dark or awkward. I mean, I'm not opposed to [other comedians] doing that, but I don't do it.

When you're in a social setting with friends, do you feel like you're always expected to be funny and "on" all the time?

Nah, I don't put that pressure on myself ever. That ended when I had children. My first thing is being a husband then father and then being funny. I enjoy being funny, but I don't have to be funny unless I'm on stage.

Do your teenage daughters think you're funny?

They think I'm hilarious! Sometimes we join alliances and we go against mom. That's when we really have a ball.

At this point in your career, does comedy feel like a job?

Does Goat Boy make an appearance in your show?

Once in a while I'll let him out if I haven't been in an area in a while or of an audience really wants to see something with Goat Boy. But I think something like Goat Boy can sometimes overshadow everything else. I try not to rely too much on the TV stuff during my stand-up. I'm already crushin' it pretty hard anyway.

It's always interesting to see how much older material a comedian will revisit because people expect them to do it. But it doesn't sound like you're into that.

You know, I don't think it's until after people leave the show where they're like, "I haven't laughed that hard in my life," and then realize I didn't do anything from SNL or an impression or anything.

You mentioned you talk about your father on stage. I know your father, who had Alzheimer's and dementia, just passed away last August. Back in 2008 you actually took you father on tour with you and made a documentary on the experience called More than Me. What do you remember most about that tour?

Your father wasn't a professional comedian, but what specifically did you take from him that you use today?

His humor was completely different from mine. He was dark and dry. But what I got from him was the simplicity of life and how we rely on such nonsense to make us feel better – like fashion, and what we drive. He was a very simple man.

You had a difficult year last year with the passing of your father and then your older sister also passing away five weeks later. Many comedians would say that the pain they go through in their lives make them better at their job. Do you believe that mantra to be true?

It's definitely therapeutic. I like talking about it. There are so many people that can relate to what I've gone through. There are a lot of people who are afraid to talk about it because they get too emotional. My attitude is that you have to laugh till the end because that's all you have to heal you. If you can't laugh at yourself and your situation, you're never going to be able to overcome where you're at.

Besides your career in comedy, I read you're also breaking into the music world.

Yeah, I'm making a record right now. It's a hard rock/pop/metal album with real-deal players and producers. I'm taking the attitude I have with my stand-up and bringing it to my music. I'm basically going to blow peoples' minds.