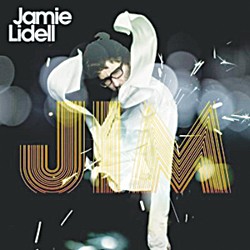 
British producer-turned-singer Jamie Lidell champions R&B and light funk that play up the genres’ feel-good effervescence at the expense of their sexual urgency. Although his music is occasionally the sonic equivalent of white-man’s overbite, what makes his blue-eyed soul so pleasing is its light touch. Lidell’s last record, Multiply, got a sales boost from its title track’s inclusion in Grey’s Anatomy, and if you’ve grooved to that tune’s Otis Redding breeziness, then you’re ready for Jim, which could never be described as deep but is certainly good for three- and four-minute installments of fortified enjoyment.

Betraying his roots in U.K. dance music, Lidell applies a slick veneer to his love songs, which can make their seemingly natural swing feel a tinge antiseptic. But that’s assuming any objective bystander won’t be too busy tapping his foot to notice such an insignificant detail. From the piano-driven gospel overtones of the opener, “Another Day,” to the guitar-funk that powers “Hurricane,” Jim is a constant battle between spotting the musical reference points and luxuriating in myriad hooks. As a songwriter, he may lean heavily on his influences, but as a singer Lidell shows no signs of affectation: Whether sweating it out on the dance floor or showing lovelorn vulnerability on the closing ballad, “Rope of Sand,” he sounds like the rest of us who are madly enraptured by the Motown sound — except he’s got good-enough pipes not to be relegated to singing it in the shower.