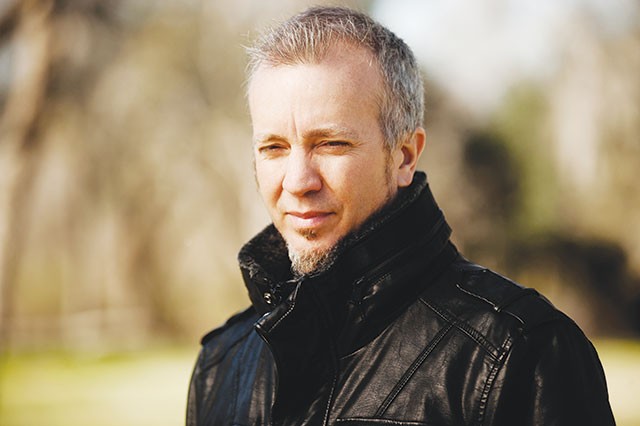 With soul music enjoying a commercial renaissance the last few years, JJ Grey & Mofro—who will perform Tuesday at Sam’s Burger Joint—seem poised to reap the benefit of their slinky backwoods southern soul. After 12 years, numerous lineup changes and a half-dozen albums of originals, the horn-driven swamp blues septet really hits their stride creatively on their latest, This River. But if the accolades don’t roll in, the gruff-voiced frontman is comfortable simply putting in his time.

“There’s lots of stuff ballplayers have to go through just to get the opportunity,” said Grey from his Jacksonville, Fla. home. “It wasn’t like they walked on the field and said, ‘Give me a bat; I’m going to be a hero.’”

That same steady swing drives This River. The grooves are deep and unhurried with a slight summer swelter on the brow. They go from the greasy swamp-funk of “You’re Lady, She’s Shady,” to the nightclubby jazz-blues in “Florabama” to “99 Shades of Crazy,” a Black Crowes-ish country-soul number.

Though they’ve had their own horn section for a few albums now (members of the Daptones played on 2007’s Country Ghetto), this was the first time Grey and Mofro all played together in the studio, and it gives the proceedings a homier, lived-in feeling.

“I want[ed] everybody in the same room at the same time so we’d play off each other more like it is live,” said Grey. “These guys are nasty players, all of them.”

One of the more striking songs is the “Ballad of Larry Webb,” about a neighbor/co-worker who Grey knew back home. Webb was the unassuming type that worked two to three jobs to make ends meet, had maybe three shirts and two pairs of pants, but always showed up to the dogtrack cleaned and pressed with a smile on his face and a kind word on his lips. “They called him simple,” Grey sings, “but so few see the truth.”

Those are the people that Grey likes to write about—those whose “character shines past all the rat race, all the circumstances, even their own ego.” In the easy, bluesy crackle of these songs, Grey find the simple humanity that defines even the wildest characters.