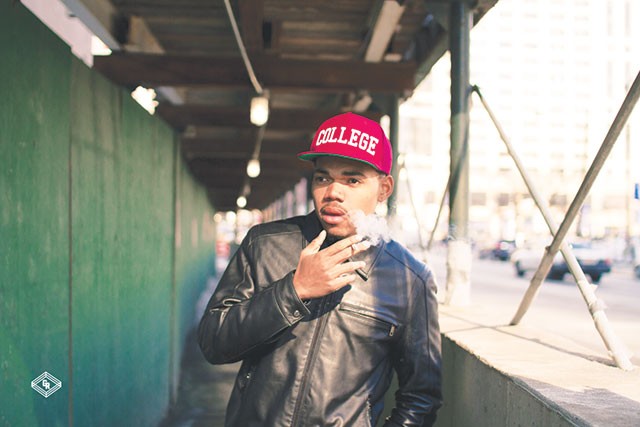 Nothing spells summer quite like the coming onslaught of festivals. And after a couple weeks’ downtime following SXSW and Maverick, the season gets rolling again with JMBLYA, the vowel-averse fest happening this weekend up the road at New Braunfels’ Whitewater Amphitheater. Taking a hard right from the usual Texas country acts that color the White Water stage, JMBLYA is all summer fun, its bill loaded with DJs and rappers who will no doubt bring the party with plenty of strobes, bass drops and air horns.

For it’s first year in New Braunfels, JMBLYA has assembled an impressive roster of headliners ranging across the DJ and hip-hop spectrum. Arguably at the top of this headliner list is Chance the Rapper. The Chicago-born emcee was still in his teens when he dropped his mixtape Acid Rap, a 13-track headtrip that rightly pushed its way onto many of last year’s “best of” lists. Bestowed with a whiny but endearing flow, Chance couples that idiosyncratic delivery with a complete disregard for what one should or should not talk about in a rap lyric. He’s as likely to talk about Chicago street violence as his grandmama’s kisses, sometimes within the same verse. Chance has been hit with some serious health issues, the severity of which kept him off the Coachella stage a few weeks back. Let’s hope he’s at full-strength; he’s one of JMBLYA’s most captivating oddballs.

On the opposite end of hip-hop’s current young crop is A$AP Ferg, the type of dude who, if his on-record persona is to be believed, has never kissed his grandmother. Ferg came a long way towards emerging from under A$AP Rocky’s shadow on the strength of his sinister debut Trap Lord, a blunt force record that rendered him as Young Jeezy’s weirder, younger brother. How Ferg’s trap-anthems will sound whilst floating down a river drinking Coors may be another matter entirely.

On the DJ tip, Baauer continues his quest to remind everyone he’s done things other than the “Harlem Shake.” For those of you trying to think of something else Baauer has done, it’s probably clear that this quest has been met with mixed success. That said, this Philly producer puts on a fun-as-hell live set.

If there were an outlier to be had on the EDM and hip-hop heavy line-up, the best candidate would have to be Purity Ring. The Canadian act quickly put themselves in the esteemed company of fellow co-ed electro-pop duos Crystal Castles and Phantogram with their 2012 LP Shrines. In keeping with what appears to be JMBLYA’s total aversion to having instruments on stage at any time, Purity Ring will only be performing a DJ set.