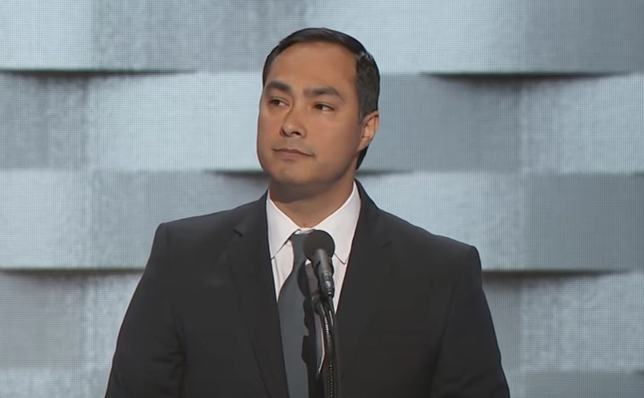 When Tom Brokaw was gathered for a round table on "Meet the Press," the former anchor of NBC Nightly News suggested, "Hispanics should work harder as assimilation."

Brokaw later apologized for his remarks.

The San Antonio Democrat, whose twin brother Julian is currently running for president, gave a history lesson on assimilation in Texas in the 1950s.

"At many schools if you spoke Spanish you were hit by a teacher."

This led to parents being reluctant to pass their native language on to their children. The ironic result now, Castro noted, is that Hispanic politicians are criticized if they are not fluent Spanish speakers — a criticism that has followed both Castro brothers' career.

Self-proclaimed white supremacist and congressman from Iowa, Steve King, once said that Joaquin and Julian "took Spanish lessons to qualify as retroactive Hispanics."

Meanwhile, white politicians like Beto O'Rourke and Tim Kaine are overwhelmingly praised for their ability to speak Spanish.