Joaquin Castro's 'Where Are the Children Rally' Draws 300 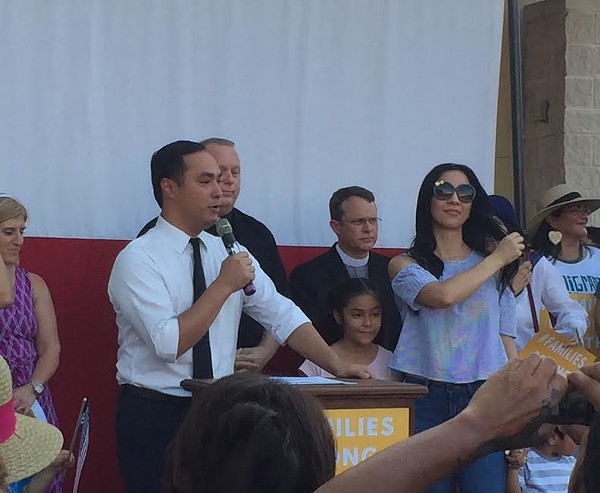 U.S. Rep. Joaquin Castro joined other political and religious leaders at a Thursday night rally condemning the Trump Administration's policy of separating minors from their parents if they're suspected of crossing the border illegally.

About 300 people gathered in the West Side's Guadalupe Plaza to listen to speakers of a variety of faiths urging the administration to abandon the policy. Attendees carried signs reading "#WhereAreTheChildren" and "#FamiliesBelongTogether."

"Today is not about politics. I'm not speaking to you as a Democrat," said Castro, D-San Antonio, whose office helped organize the event. "This is very much a call to conscience. This is what our nation fundamentally stands for."

Castro said nearly 700 children have been separated from their parents during recent border crossings. Some parents have been unaware for days or weeks where their children are, he added.

"If you don't want your child separated, then don't bring them across the border illegally," Sessions said.

Speakers at the rally urged attendees to put themselves in immigrants’ shoes. Symbolically, dozens of pairs of children's shoes were arrayed around the podium.