By Megan Menchaca, The Texas Tribune 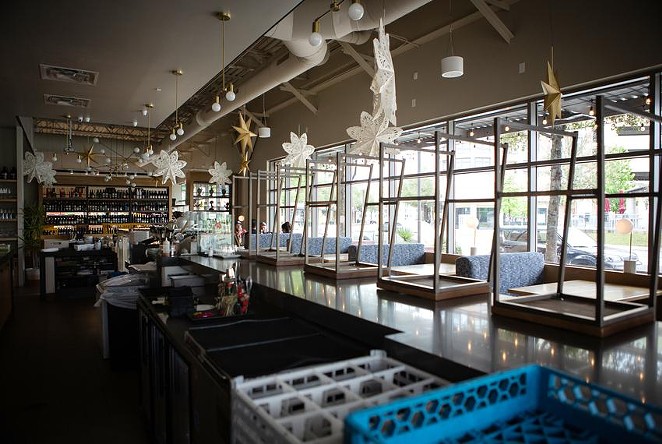 Since she lost her job as a customer service coordinator at a department store, Mary Baker has cut down on everything she can to make ends meet while she searches for a new job.

The San Antonio resident has unsubscribed from cable, stopped paying for some of her medications and cut down significantly on her air conditioning. But her roughly $3,000 monthly unemployment payments still don't stretch far enough.

And they’re about to get smaller.

Baker is one of the many jobless Texans who will lose a significant portion of their unemployment benefits in June as they continue trying to get back on their feet in a state still recovering from the pandemic.

In an effort to connect unemployed people with work instead of unemployment assistance, Gov. Greg Abbott said on Monday that Texas will opt out of all federal unemployment assistance programs after June 26, including an extra $300-per-week federal benefit Congress approved earlier this year. Abbott also is planning to withdraw from Pandemic Unemployment Assistance, which provides aid to gig workers, self-employed people and others who aren’t traditionally covered by unemployment insurance. That June 26 cut-off for Texans comes months earlier than many expected when Congress authorized or extended programs to run as late as early September.

For Baker, that means she’ll likely have to stop buying her insulin, and cut back on groceries next month.

“When I heard Abbott’s announcement on the TV the other night, I got a knot in the pit of my stomach because I just don't know how I’m going to make it work,” Baker said. “I can’t just go take a $12 an hour job. That's going to stop the unemployment, but it's still not going to pay my bills.”

Critics of Abbott’s move say tens of thousands of desperate Texans shouldn’t have to choose between scrambling to find a job in the next few weeks or living with $1,200 less getting deposited into their bank accounts every month. Many jobless Texans say they are still facing difficulties reentering the workforce and are relying on federal unemployment to get by.

The Texas Workforce Commission didn’t answer how many people are currently receiving the federal benefits. But according to data compiled by University of Texas at Austin economics professor Julia Coronado, approximately 344,000 Texans were receiving assistance through the PUA program as of April 30.

Abbott’s decision comes amid a wave of Republican governors announcing plans to cut benefits in order to encourage people to return to work and after pressure from business groups. In his announcement, Abbott said there are more than a million job openings in Texas, and many employers across the state are hiring for jobs that pay well above the minimum wage of $7.25.

But multiple Texans on federal unemployment said that those numbers don’t tell the full story.

Jobless Texans told The Texas Tribune they’re desperate to return to work, but they haven’t had any luck when applying to multiple jobs every month. For some, one month isn’t enough time to apply for and find a job, and others say that the income from the available jobs at places like retail stores and restaurants just isn’t enough to pay for their rent, food and other expenses.

Labor economists said it’s unclear how Abbott’s decision will immediately affect unemployment or the return of people back to work. More people may seek out food assistance, free health care and temporary housing, or they may be motivated — or forced — to find a job.

“We would expect some people who have been on the fence about going back to work to take the leap,” said Belinda Román, an assistant professor of economics at St. Mary's University. “However, there are those who simply will not (be) able to return to the labor market for any number of reasons, and this type of change can only make it more difficult for them during the hot Texas summer.”

In Marble Falls, Glen Bird, a former driver for Uber and Lyft, said he has spent the pandemic getting a college education to improve his future job prospects and trying to start his own small business making theatrical costumes and props. But without the federal unemployment assistance, he said the future of his business is in jeopardy, and he has no idea how he is going to keep the bills paid starting next month.

“I've got a month to just try to figure out what I'm going to do because since I’m an independent contractor on unemployment, it's not a case of ‘I'm just losing the $300 federal benefit,’” Bird said. “After June 26, I'm going to be without any source of income, unless I can drum something up really fast.”

Bird, a 40-year-old, said he recently started studying theater at Texas State University to help him get a job teaching theater or working as an artistic director. He said he also recently rented a small one-room office, which he was planning to use as a space to make and sell costumes and props before he learned Abbott was withdrawing from federal unemployment assistance.

“I hear all the time about how Texas supports small businesses,” Bird said. “By cutting off the pandemic unemployment insurance early, that's putting me in a spot now where I'm going to have to start chasing my tail again, not only to pay bills, but to keep the rent paid for my new office space. And that’s going to be less time I'll have available to invest in trying to grow this into a business.”

Some Texans are also struggling to find a job that accommodates their child care responsibilities, especially if their children are learning virtually or need to be home-schooled. Other Texans still have fears of going back to work in-person and catching COVID-19 themselves or spreading it to their high-risk friends and family members.

Gabrielle Mcginnis, a server and bartender in San Antonio, said she has had to home school her son, who has autism and is non-verbal, when he faced difficulties learning remotely. She said she’d like to get a job working from home, but she’s been unable to find one that pays enough to cover her bills and works with her son’s schedule.

“I'm definitely getting less on unemployment compared to when I was working. I've had to cut back a lot and just make do with what we got. We're not starving, but our quality of life has gone down for sure,” Mcginnis said. “Next month, it's gonna be really bad because my partner just got laid off from his job, too. I'm not really sure what we're gonna do.”

Mcginnis said she’s gone back to being a bartender for one night a week, but she said customers can be rude and she is now looking for other opportunities. While she is vaccinated, she said she is still nervous about getting sick and infecting her vulnerable family members with the coronavirus, not all of whom are vaccinated yet.

“My mother is elderly, and she's high-risk. My son is high risk. I want to go back to work, but how can I replace them if something happens to them? I can't,” Mcginnis said. “So I would rather struggle a little bit than lose people that I care about deeply. Like to me, it's not even a question.”

After working to start his own business while taking classes during a pandemic, Bird said he wants to push back against the narrative that people on unemployment are lazy. He said the federal aid has been a lifesaver that allowed him to remain financially stable while he survives the pandemic and works to recover.

“We're on unemployment because we were unable to work due to this pandemic. It's not like we were fired from jobs, where we weren't doing a good job. It was a case of ‘This was meant to keep people financially secure and stable during a time where businesses are closing, because of the pandemic where people have lost their jobs,’” Bird said.

Disclosure: Lyft, St. Mary's University and University of Texas at Austin have been financial supporters of The Texas Tribune, a nonprofit, nonpartisan news organization that is funded in part by donations from members, foundations and corporate sponsors. Financial supporters play no role in the Tribune's journalism. Find a complete list of them here.
The Texas Tribune is a nonprofit, nonpartisan media organization that informs Texans — and engages with them — about public policy, politics, government and statewide issues.