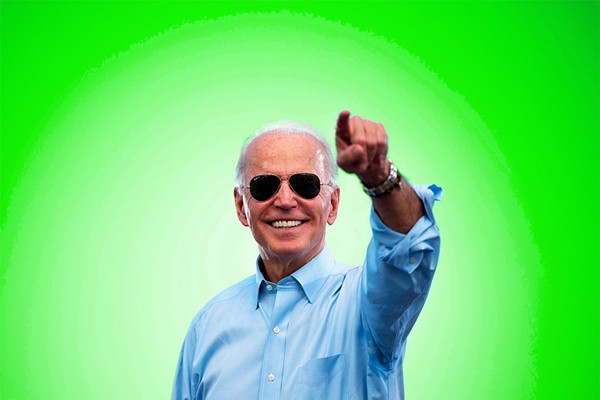 During last year's presidential campaign, it was obvious that President Joe Biden was not solidly on board with cannabis. For most of Biden's political career he has considered marijuana a "gateway drug" — something that may not be so bad itself, but opens the door to harder drug use. Not only that, Biden was a leading anti-drug warrior.


During his campaign he seemed to change his stripes somewhat on the subject in supporting modest reforms such as decriminalization, expungement of records, medical use, and leaving cannabis legalization up to the states. Even so, he flip-flopped back and forth a bit. Biden never supported federal legalization, and his rhetoric on the subject seemed stuck in the past without nuance or the sophistication of someone who is well-versed on the subject.

Still, there was a sense that there was enough policy sophistication around him that there would be some movement on marijuana. Vice President Kamala Harris seemed to be on board with legalization, at one point touting her Jamaican relatives as her cannabis bona fides, and more importantly was the Senate sponsor of Marijuana Opportunity Reinvestment and Expungement (MORE) Act, the first cannabis legislation to be considered in Congress — legislation that Democratic Senate Majority Leader Chuck Schumer recently called "long overdue." Even new Attorney General Merrick Garland supported the notion that state-legal marijuana use is not a Justice Department concern.

While that may all be true, reports surfacing a few days ago say that Biden's administration has been purging staff for past marijuana use even when that use took place in states where it is legal. Dozens of staffers have been put on leave, asked to resign, or sent to work in faraway places, even after some reported their use after being privately told that the administration would probably overlook it.

“These reports, if accurate, are highly troubling," says NORML Executive Director Erik Altieri, in a statement on the organization's website. "They appear to be counter to the Administration’s own policies, which recognize that a growing number of U.S. jurisdictions — including Washington, D.C. — have legalized the use of cannabis by adults, and which acknowledge the undue hardships caused by the ongoing criminalization of marijuana at the federal level.”

Since the election, Biden has been less supportive of the idea of recreational cannabis legalization than he was while on the campaign trail. This staff cleansing shows evidence of a hard line emerging against marijuana use.

The Biden administration's backwards views on cannabis will hamper the growing cannabis movement. While state-level legalization makes a marijuana industry possible, that industry needs federal law to allow easier access to banking services. It will also be hampered by business owners having to look over their shoulders at the threat of a federal boogieman coming to get you.

Millions of Americans are legally using marijuana, and a majority of those polled support it. It's legal in Canada, and Mexico has pending legislation that could legalize marijuana there within weeks. Biden is reluctant to embrace cannabis. It doesn't seem likely that he can stop this tide, but he can cause a lot of problems with a hard line against it. It looks like that has already happened to some trusting staffers.