Johnny Depp and Co. keep on stretching a tired franchise 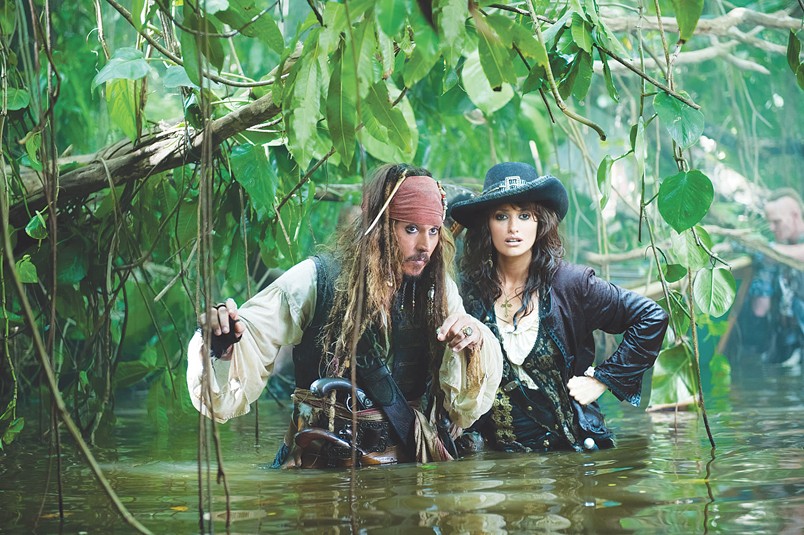 On the high seas again for the fourth installment of the Pirates of the Caribbean action-adventure franchise, this one penned as On Stranger Tides, three-time Academy Award nominee Johnny Depp returns as the slurry and always-peculiar pirate Captain Jack Sparrow, a character he first brought to the big screen in 2003’s The Curse of the Black Pearl. Eight years and two inexplicable sequels later, Capt. Jack is still up to his mischievous ways — drinking rum, wielding his sword, and looking for booty — this time in all its 3D glory. With a fantasy series like Pirates as bankable as ever, it’s safe to say Disney may still have a few installments to go, despite the fact that Tides is basically a quest we’ve all been on before.

This time, Capt. Jack finds himself on the Queen Anne’s Revenge, a menacing-looking ship belonging to the much-feared pirate of all pirates Blackbeard (Ian McShane). Swabbing the decks with the rest of the crew, Capt. Jack has set sail to find the Fountain of Youth, a mythical spring needed by Blackbeard to save his life should an ominous prophecy come true. On the ship with Capt. Jack is Blackbeard’s daughter Angelica (Penélope Cruz, bringing the sex appeal provided in the first three films by Keira Knightley), who seems to have some kind of romantic past with our buccaneer hero.

Former Pirates Director Gore Verbinski is replaced here by Academy Award-winner Rob Marshall (Chicago), a filmmaker with the grandiose mindset to pull off a blockbuster like this, but who instead plays it cautiously by following his predecessor’s by-the-numbers approach. Even with Marshall’s enthusiasm for musicals, don’t expect a song and a dance from any of the mateys here. Capt. Jack is flamboyant enough without help from Gilbert & Sullivan.

Back for another round of swashbuckling is Academy Award-winner Geoffrey Rush (Shine) as the vile and peg-legged Barbossa, who proves more of an ally to Capt. Jack on this journey. Like Depp’s captain, Rush has embraced his character so thoroughly that without him or Depp there would be no point to continue the charade.

Whatever the case may be, the narrative of this series needs a major wake-up-call if it doesn’t want to lull audiences to sleep with the same old fantasy plotting and repetitious action sequences. Pay no mind to the four or five swordfights we get in Tides — the best scene comes during a mermaid battle that is heavy on CGI and imagination. Take all the scenes where the boys are banging blades and mix them in a barrel and you’d be hard-pressed to tell which one goes to which Pirates movie.

Besides its overall unoriginality, Tides just doesn’t have the same magic Black Pearl had back when Capt. Jack was something special and not just another option for a Halloween costume. Producer Jerry Bruckheimer’s had enough time to fiddle with the equation and turn it into a spectacle. For failing that, he deserves to be tossed overboard.

Pirates of the Caribbean: On Stranger Tides