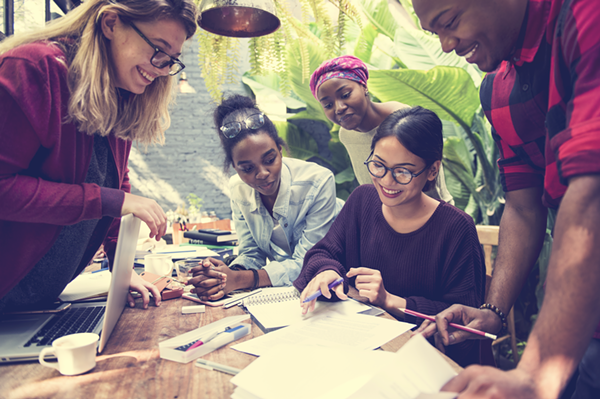 During college orientation, you’ll hear one phrase on repeat — join a club. At first, I shrugged the notion off. Joining a club was not my ideal way to spend my free time in college. I was never a fan of long club meetings or forced social events. On top of this, I knew that I was about to have mounds of coursework incomparable to anything I’ve had before. I didn’t foresee much free time in my schedule. I nodded it off. I wasn’t much of a “club” person, I told myself.

College advisors continued to harp on joining clubs throughout my first semester. I continued to blow off the advise in the hopes that I’d meet school friends in my classes. I assumed that having the same major and similar schedule to people would work out like it did in high school. I thought the strangers surrounding me in my classes during the first couple weeks would soon turn into the lifelong college friends everyone always talks about. But this wasn’t the case. It can be difficult to make friends in classes, especially if you’re a shy person. At the beginning of freshman year everyone is overwhelmed with their course load, moving to a new city, and figuring out how to live on their own. The friends I did make in classes were exactly that: school friends. They weren’t the kind of friends you’d spend time with outside of cramming for tests.

As my second semester approached, I knew it was time to branch out of my comfort zone. I decided to join a club. Up until walking into the room, I had a perpetual eye roll anytime college advisors talked about joining clubs, but I decided it was time to give it a try. I joined a journalism club on my campus. I rationalized that even if clubs weren’t the magic secret to finding a bunch of college friends, I’d at least get some experience in my major.

Walking into the meeting room of the journalism organization, I found myself nervous and worrying about whether I’d fit in. It was the group’s first meeting of the semester, but by the look of things, the students seemed to be returning from previous semesters. They joked around, asked each other what they did over winter breaks,  and caught up like old friends would. I noticed that they all seemed unbelievably comfortable around each other. When the meeting first started, which started it the typical student club way, with ice breakers. Never a fan of ice-breaker games (is anyone?), I worried about what I’d say when my turn came up. The members of the club were surprisingly responsive and welcoming of all of the attendees, including myself. Although I wasn’t cured of my anxieties about the club after the first meeting, I decided to hold out and continue to visit the meetings each Sunday and Monday.

Soon I began seeing familiar faces each week. I matched names with faces and began making strong connections with people in the group. I recognized some club members in my 300-plus person classrooms. I began to actually make the friends that everyone promises are waiting for you behind the university walls. I stayed with the first journalism club for over a year. I still keep in contact with nearly every person I met in the club. Some of my closest friends I’ve made in college are from the first journalism organization I joined.

Although I don’t eye roll clubs in the same way that I did when I first joined college, I understand people’s reluctance and anxieties in showing up to a meeting without knowing anyone in the group. It’s intimidating and feels like a huge commitment to an already-busy student. At the risk of sounding like a college advisor, joining a club was the best decision that I made in college. There are professional groups, athletic clubs, and interest groups on campuses. At my school, you can join anything from a professional group to a Harry Potter Quidditch club or a movie-watching club. The options are endless. Try something new or play it safe, like me, and join a club for something you know you’ll love. Although the “join a club” slogan sounded silly to me when I first arrived at college, clubs truly gave me some of my favorite college memories and closest friends.