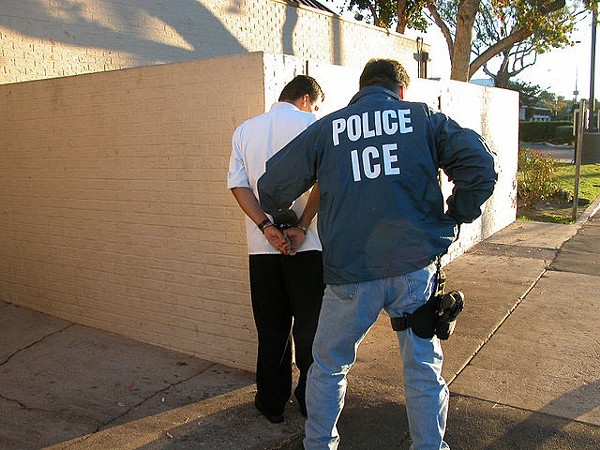 Last month, the first major round of raids by U.S. Immigration and Customs Enforcement under Trump sparked fears of widespread immigration sweeps in Central Texas. ICE insisted it was doing nothing different, saying the action was a continuation of an Obama-era enforcement program, meanwhile immigration attorneys and advocates cited hazy reports of agents hanging out near taco stands, conducting random traffic stops, and standing outside high schools in the Austin area (ICE called those reports "false, dangerous and irresponsible").

One theory floating around was that ICE had deliberately targeted Travis County because that sheriff recently changed the way she cooperates with federal immigration authorities — namely, that she'll only comply with ICE requests to detain people that are accompanied by a warrant.

A federal judge bolstered that theory on Monday, saying that prior to last month's raids, an ICE official told him to "expect a big operation" in town because of the sheriff's new policy toward ICE. U.S. Magistrate Judge Andrew Austin made the comments in open court on Monday, as first reported by the Austin American-Statesman.

In Monday's hearing, Judge Austin told an ICE agent that he and another federal judge had been briefed by ICE officials ahead of last month's raids. According to a transcript of the hearing obtained by the Texas Observer, Austin says he and the other judge were told those raids were "a result of the (Travis County) sheriff's new policy." He also said the raids followed a meeting between Travis County Sheriff Sally Hernandez and ICE officials that "didn't go very well."

It appears Austin was questioning an ICE agent named Laron Bryant about an undocumented immigrant arrested by ICE at the Travis County courthouse earlier this month — what immigration attorneys claim has become an increasingly common and troubling tactic in the Trump Era.

The judge pressed Bryant on whether ICE was shifting its enforcement tactics:
"Do you anticipate, or do you know whether we’re going to continue to have arrests like this one occurring, or is it going to be where there’s targeted people outside of the jails you’re going to try to be picking up, in addition to what you were doing before the sheriff’s policy changed?" The agent responded that going into the courthouse for an ICE arrest "wasn't the norm."

ICE officials say 51 immigrants were arrested by federal agents during last month's raids in Central Texas. At least 28 of those had never been convicted of a crime and were deemed "non-criminals" by the agency.