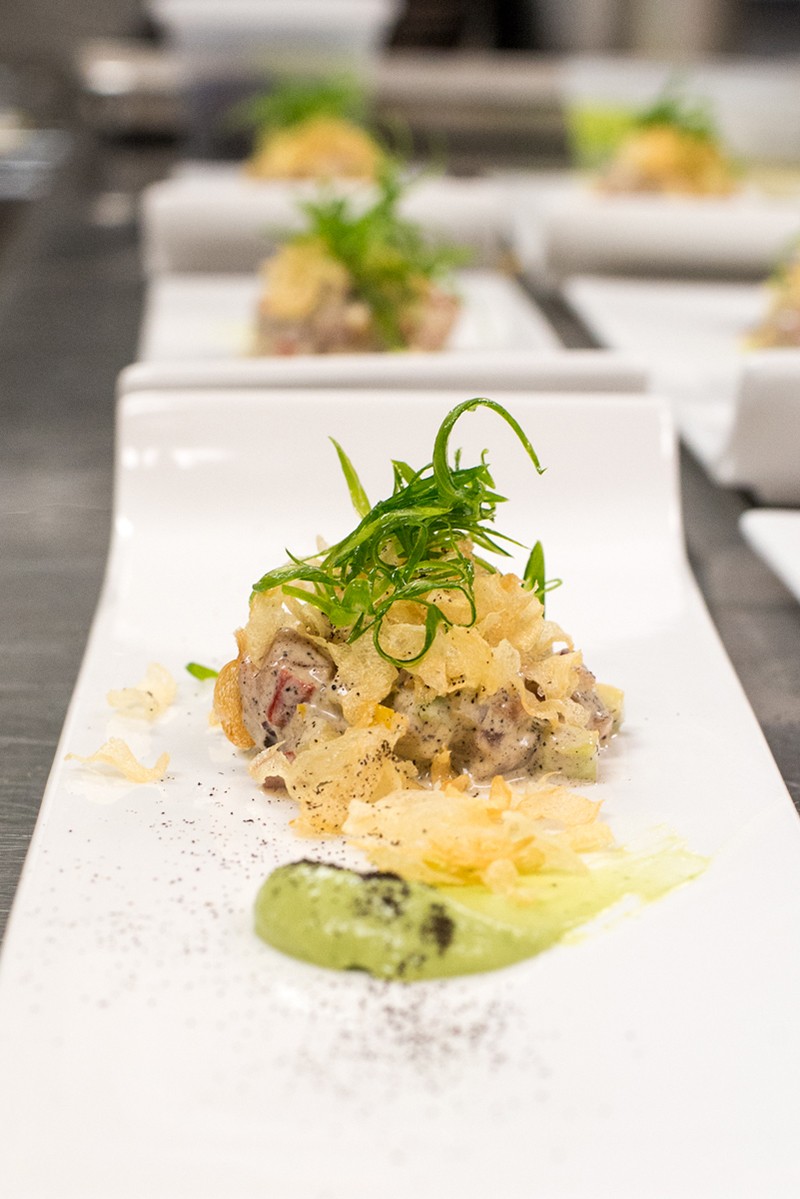 Urth Juice Bar expanded north last week with the opening of its Stone Oak location first announced in December. The new shop at 21019 U.S. Hwy 281 is located inside the Stone Ridge Shopping Center and includes the same juice menu, along with new sandwiches and salads.

The recent rains should make for a thrilling tubing season. Freetail Brewing Co. will host a trip down the Comal River complete with bus ride, bean and cheese breakfast tacos, a tube and Freetail beer (this is when those cans come in handy). The bus leaves 9 a.m. sharp from Freetail's tasting room at 2000 S. Presa. Reserve your tickets ($50) through Eventbrite.com.

Building off the success of this year's Hot Wells Harvest Feast, chef Robbie Nowlin will leave his post at Citrus inside Hotel Valencia (150 E. Houston St.) on June 22. According to a press release, the chef will focus on philanthropic efforts and events including a Hot Wells Summer Nights dinner series with visiting chefs and private dining events, including a Wicked Nights At Wickes with Jason Dady on June 28. Your last chance to visit Nowlin will be during this weekend's Father's Day brunch with dad-friendly fare from 11 a.m. to 2 p.m. Make your reservations at (210) 230-8412.

Cocina Heritage is hosting its next Long Table Dinner at Dorcol on Thursday, June 25, at 6:30 p.m. The menu will include four courses of the catering company's Guanajuato and Yucatán repertoire, along with cocktails by Southtown's first distillery. Tickets ($65-$75) can be purchased through Eventbrite.

It's summertime and with it comes the nation's nearly insatiable craving for hot dogs. The River Road area will celebrate the grand opening of Pugel's (3502 N. St. Mary's St., 210-467-5062) on Friday from 7 to 10 p.m. with specials on dogs, brews and a stop by the Dos Equis party bus. They're open from 11 a.m. to 11 p.m. Sunday through Wednesday and 11 a.m. to midnight Thursday though Saturday.

As for Zulcoralis Rodriguez, SA's speediest cocktail sweetheart with a love for all things taxidermy, the Esquire Tavern bartender did not make the Top 8 during this year's Speed Rack competition in New York City. She's still a champ in our collective hearts.