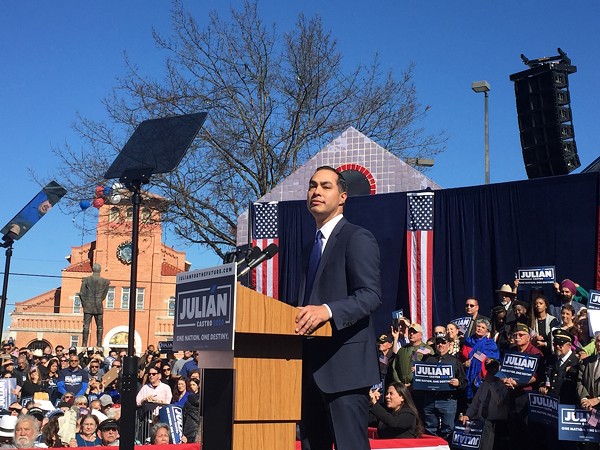 When it comes to paying folks what they're worth, Democratic presidential hopeful Julián Castro appears to be putting his money where his mouth is.

The former SA mayor, who's made economic justice a key pillar of his presidential run, is paying all campaign workers, even interns, $15 or more an hour, according to a press statement. Campaign officials also said they'll support a union should staff decide to organize.

According to a McClatchy report, Castro is the only Democratic presidential contender to – so far – make both of those commitments.

Political campaigns (and businesses) often make use of interns as free labor, running them ragged as they hang on in the hopes of gaining experience, contacts or another line to bolster their resumes.

“It signals not just to the rest of the campaign world but to voters that [Castro’s] commitment here is to moving these issues forward and that’s inclusive of the feminist issues of sexual harassment policies but also of workplace rights,” Maya Rupert, Castro’s campaign manager, told the Daily Beast.