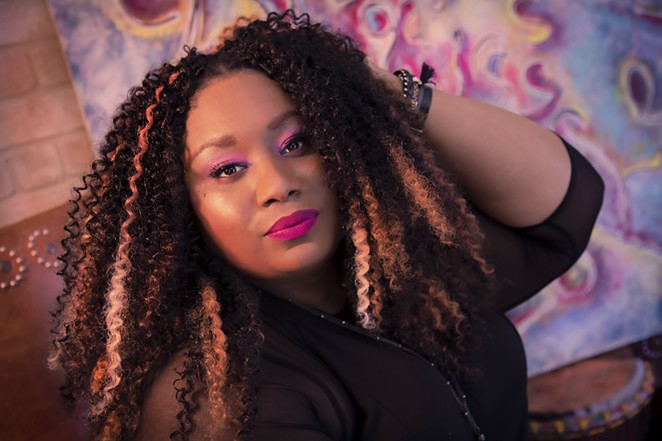 The series' name alludes to the original stage at the Jump-Start space, which was a mere eight-by-eight foot square. Although initially a canvas for performance experimentation at Jump-Start artist retreats, the 8 X 8 stage performances were transformed into a variety show open to community artists and audiences beginning in 2014.

Held on August 21 and 22, this year's performances will showcase "an exquisite pairing of palpable artistry combined with awareness of Black identity and culture," according to a statement. The lineup will include music, monologue, poetry and dance from Sanderson, Aamori Olujimi, Odious Dance, Naomi Sumthin2Say, Brian Drones, Jess Mahogany, Nigel Pierce and Darcell Bios.

Each night will include four pre-recorded acts followed by a discussion between artists and audience members hosted by Sanderson.