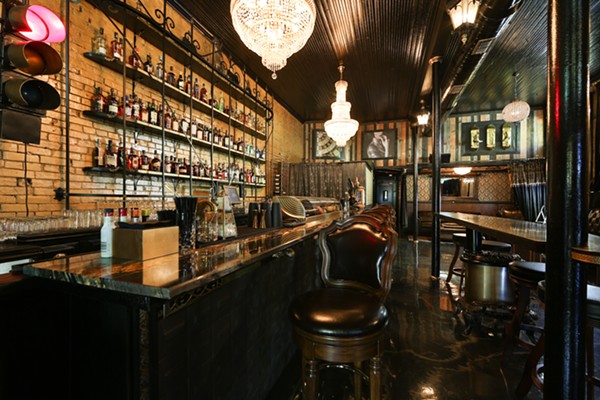 It took a tad longer than first anticipated, but Juniper Tar (244 W. Houston St.) will host a grand opening on Thursday, January 21 at 5 p.m.

Though Juniper Tar opened in March of 2015, the elaborately outfitted bar closed temporarily after Halloween Night's service. Now under the direction of Benjamin Krick, formerly with the Esquire Tavern, Juniper Tar is going in a new direction.

According to a press release, the bar's theme is changing and will now feature "the specialty cocktail menu ... loosely based on historic mistresses and lovers whose backroom influence changed minds or brought scandal to the cognoscenti and might have even changed world history."

And those wary of Juniper Tar's former dress code can breathe a sigh of relief. "Guests will want to dress up because it's a special place, but we absolutely won't deny service because you don't have a collar on,” Krick said in the press release.