Just Get in Line Now: Hillary Clinton to Host Rally at Sunset Station on Thursday 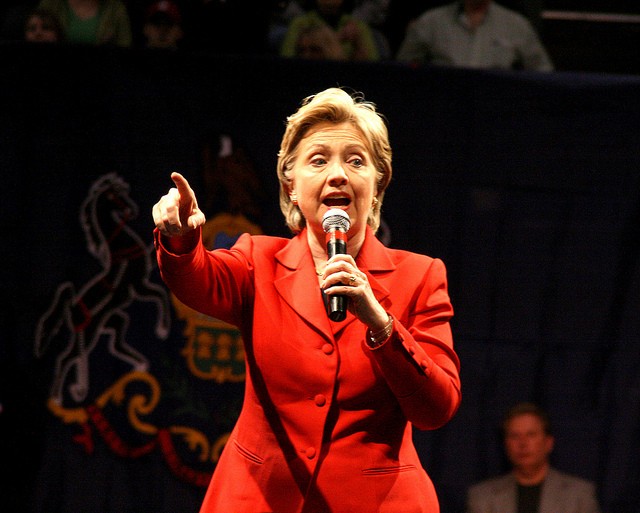 Need plans for your lunch break tomorrow? Why not catch a speech by the Democratic front-runner for president of the United States? She's in town on business.

Fresh off the heels of her win/loss/draw/who really knows at the first Democratic Debate on Tuesday night, Hillary Clinton will hold a rally at Sunset Station (1174 E. Commerce St.) tomorrow.

Housing and Urban Development Director Julian Castro, the former mayor of San Antonio, will join Clinton at the rally. Castro's name has long been floated as a potential running-mate for Clinton. His brother, Rep. Joaquin Castro, D-San Antonio, has also stumped extensively for her.

Advance press releases for the event claim that Clinton will announce a “major campaign initiative that you won’t want to miss.” No word on what that entail, but maybe it will be further confirmation that she is, in fact, a robot (as reported by various media outlets earlier this week).

Either way, here’s hoping her performance in our fair city rivals the one she gave as “Val the Bartender” on Saturday Night Live: