Just Happens to be LGBT: Resolutions for the LGBT community 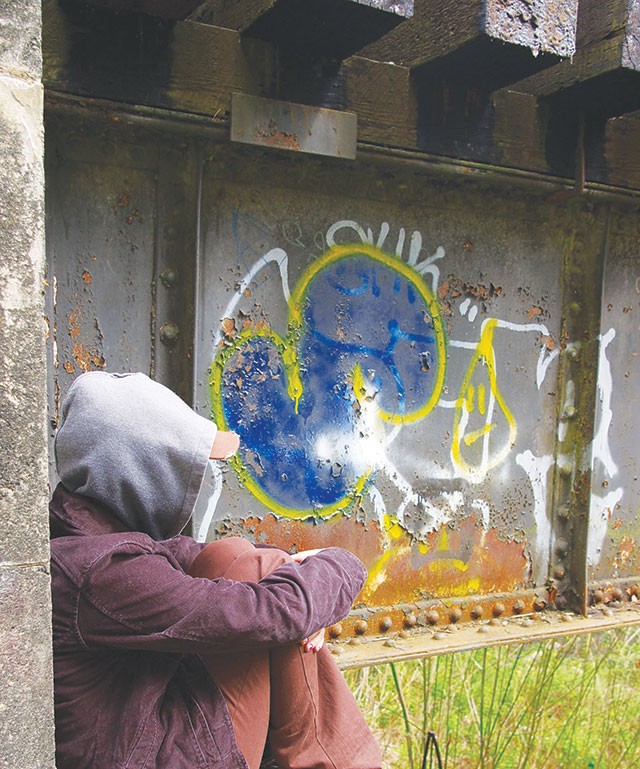 If we wanted to, we could have made this article all about the successes the lesbian, gay, bisexual and transgender community witnessed in the last year. The Human Rights Campaign declared 2013 to be “The Year of Greatest Accomplishments of the LGBT Movement” and they’re not wrong. If you want to get your jollies and see the feel-good stuff, the big national rundown can be found at hrc.org/bestof2013. Locally, of course, there was the phenomenal success of the fully inclusive San Antonio non-discrimination ordinance, which was passed on September 5.

But we know it’s been a great year with SA and the entire country moving further towards embracing diversity of all kinds. As with any time things are going well, sometimes it’s good to bring our heads down out of the clouds and think about what needs more work. Enjoy the Champagne of success now, but don’t let it go to your head. So, you guessed right! It’s time for the sobering LGBT New Year’s resolutions of 2014.

1) Unite, collaborate and commit to stop tearing each other down. Originally, I had this as the final resolution, but I realized that it really has to be first. It shouldn’t even be a resolution but more of the guiding principle. Who is this principle directed towards? Everyone really. We have to stop tearing down our opponents and our allies. We have to engage in meaningful dialogue at all times—not simply reduce our knowledge to sound bites or retreat into silos instead of working with others. Everyone is guilty of this kind of behavior to some degree, and we have to be aware of it consistently so we can change.

2) If you are close to someone who is LGBT, always show your support. This resolution could be directed only at “allies” (i.e. straight people), but it’s really for everyone. If you’re gay, never forget about transgender rights. If you’re straight, don’t hide your LGBT best friend or family member from others. Celebrate who they are, and celebrate your friendship with them as much as possible. And—here’s the big one—there will be times when you see the need to stand up and advocate, write elected officials, visit offices or have crucial conversations. Recognize those moments, and don’t wait for someone to give you permission to be an advocate or an activist for that person you love.

3) Let’s shine the brightest light we’ve got on addressing the issue of homeless LGBT youth. A 2012 study by the Williams Institute of University of California-Los Angeles found that more than 40 percent of homeless youth identify as LGBT and cited rejection from their family (68 percent) and abuse from family (54 percent) as sources of homelessness. The same research group also concluded years ago that between 3 and 5 percent of any given community would identify as LGBT, so for 40 percent of homeless youth to be LGBT, the disparity is clear—and so is the cause for alarm. These are young people right here in San Antonio who, simply by being LGBT, are on the streets and losing every day the chance to have a normal life. There is one group, Project Embrace (projectembracesa.org), that has been working locally for a few years now to bring awareness and education to the matter. There’s always more to do.

4) Find every possible way to embrace racial, ethnic and economic LGBT diversity. Not every gay couple looks like Cameron and Mitchell from Modern Family. Most gay couples do not share in their wealth, either. Of course we all know that, but the predominant media portrayals of LGBT people often trend toward male, white and upper middle class. Occasionally, there are beacons of freshness and diversity, such as the character of Sophia on the Netflix original show Orange is the New Black—an African-American transgender inmate who is actually portrayed by a transgender actor. But media portrayals aside, even in San Antonio there are certain LGBT advocacy groups that could stand to see more involvement and activity by non-white and middle- or working-class persons. While some groups could do more to court diversity, it’s also necessary for the diverse and underrepresented to push their way towards a seat at the table.

5) We need more opportunities for community education and diversity training. When the issue of the non-discrimination ordinance controversy arose, there should have been a more comprehensive training network in existence whereby those who did not understand LGBT discrimination could have been invited to attend, listen and participate. By this, I mean both allies and opponents. While some opponents might have balked at receiving an invitation to attend a diversity training session, some people would have been open to the idea. Likewise, there should be continuous offerings to guide people through the coming out process, family support groups, youth/young adult programs and senior support groups. An LGBT community center will be the crucial space for such offerings one day in the future.