Just Happens to Be LGBT 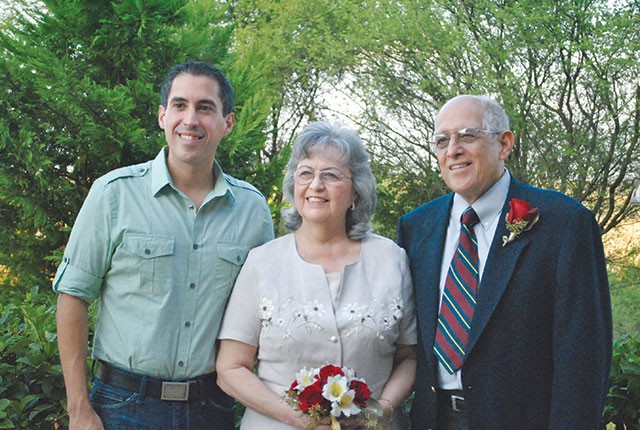 Quick. When you think of San Antonio’s lesbian, gay, bisexual and transgender (LGBT) community, where do you think of? Is it the excitement of “The Strip” on Main on a Saturday night? Perhaps the venerable Bonham Exchange downtown? Maybe a long-time gay-owned restaurant like W.D. Deli or Candlelight Café? It could be one of many LGBT-friendly places all around the city, depending on where you spend your time.

Now, what if I ask you who you think of? Someone you hardly know? Or—more likely, I believe—a co-worker, friend, or relative? San Antonio has been long to catch up with having an out and open LGBT culture, and until relatively recently, if you were straight you may not have known many out LGBT people. From a stereotypical perspective, it may have only been your hairdresser.

Thankfully, though, times have changed. It’s very likely that you know someone with whom you’re fairly close and who just happens to be LGBT. This monthly column is all about being out in San Antonio, but I hope to capture a fact that many of my LGBT friends and I share:

We are who we are.

We’re damn proud of it.

But we’re also so much more.

Let me back up a bit. I was born in San Antonio at the Nix Hospital in June 1978 (appropriately, it was Pride Month). For the majority of my life, I lived a happy existence as the sixth child of loving parents in a middle-class Latino family.

My parents raised us Catholic, but focused on the spirit of the law rather than the letter. I grew up, thankfully, in an environment free of hatred of anyone (except, perhaps, the Longhorns, as my dad is an Aggie).

For my first 24 years, I did not even think I might be gay. I lived my life, had a variety of experiences, met many wonderful people, and worked in several jobs while going to college and grad school. But then, one day it hit me and I could not deny it. I was gay.

Over the next six months, I took steps to let everyone in my life know—friends, family, coworkers, even an ex-girlfriend with whom I’m still dear friends. I was lucky enough to not lose a single close relationship, and the first words out of every person’s mouth were, “I love you no matter what.”

If only everyone could have that kind of experience. I count my blessings every day, and I acknowledge the charmed life I have had. I have met many, many people who have not had the same outcome; some had to strive for years or decades to attain the kind of acceptance I was lucky enough to enjoy right off the bat.

In 2009, I began to get involved in the LGBT community in San Antonio. Up until then, most of my friends had been straight, and I simply wanted to meet more of “my kind.” As time went on, I realized I wanted to be involved not just to meet people but because I wanted to make a difference. For the first time in my life, I felt a sense of belonging, as well as a sense of purpose to help others.

I quickly learned that LGBT people occupy every walk of life, from devout Christian to atheist, liberal to conservative, blue collar to white collar and every spectrum you can imagine. Amongst all this diversity, everyone I’ve met has had a dream of creating a more unified community that works together in a positive way.

As I write this article, the ink is still drying on the lease for a brand new venture: a non-profit LGBT community center. Known as Pride Center San Antonio, it will open later this year in an 1,800 square-foot space next to the Woodlawn Theatre.

Many dedicated people have worked on this project over the last several years, and many more have dreamt of making this a reality. Thanks to neighborhood partners Kurt Wehner, Greg Hinojosa and Jacob Valenzuela, we are thrilled the Center will be located in the ever-revitalizing Deco District and along major bus routes on Fredericksburg Road.

Based on a conservative estimate of three to five percent of the population, between 51,000 and 80,000 people in Bexar County may identify as LGBT. That’s a significant chunk of San Antonians, some of whom may not know where to go to find others like themselves, particularly beyond the bar scene.

The Pride Center hopes to provide a place of acceptance for those who cannot find it otherwise—a place where people can access programs, services, support groups, community organizations and creative outlets. A place where people can be comfortable being LGBT—and also so much more. As always, it will also be a place for allies to join us in support and solidarity.

Each month, this column will profile a different slice of life in LGBT San Antonio, featuring interviews with community leaders, allies, people from all walks of life and organizations doing great things. If you have an idea of what to cover, ping me!

Richard Farias is the board chair of Pride Center San Antonio, an LGBT community center serving San Antonio. He is also an educator, student life director and native San Antonian. Contact him at [email protected].

Each month, we’ll feature a reader’s personal “I am” statement that encompasses who they are. My statement below is an example. Whether you’re LGBT or an ally, e-mail me (see address above) your own “I am” statement in 100 words or less using a format similar to the one below, and we’ll select one each month to publish.

I am that I am. I am male. I am Latino. I geek out about all kinds of things. I am a more spiritual person than I let anyone know. I love God, as I believe God loves me. I am an educator and always will be. I love the Spurs. I am a devoted partner, brother, son and friend. I believe in connectedness. I am a dreamer and eternal optimist. I read. I am a hiker and occasional runner. I am a foodie. I love being a San Anto downtowner. And I just happen to be LGBT.