Just In Time For Halloween, A Coffin Was Found On Elm Street In Mission 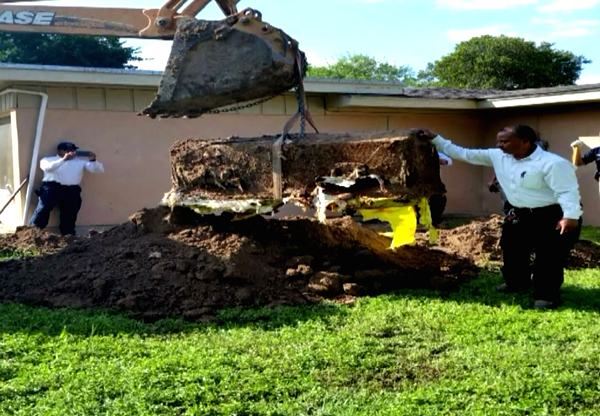 Halloween is almost here, and it's getting creepy pretty early. A new homeowner in Mission, Texas, was having renovations done in the backyard and was surprised when workers unearthed a coffin, reports KGBT from the Valley.

"It's just a crazy story, because it's almost Halloween," said Deedee Oliveira, who decided it would be fine (and not at all creepy) to buy a house on Elm Street at this time of year. After she saw the ominous coffin dangling from a crane she called the police.

Although fearing the worst, a neighbor told Oliveira that they had known the previous owners, who had a funeral in the backyard for a Cocker Spaniel around 30 years ago. A tool box was found next to it with cat bones. The city took the remains away.

At least if she's haunted, it'll be by furry little animals instead of any children or anything creepy like that.