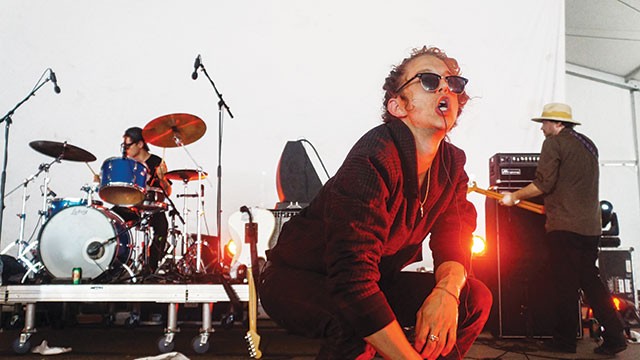 To a certain extent, the K23 Gallery's just-announced Destruction Unit show on July 6 is a belated Independence Day party. For when you get down to it, a big group of Arizona desert bastards buying big, badass gear and pushing it to the limit is pretty god damn American.

Earlier this year, D-Unit released Live in San Francisco on Castle Face Records, a three-ring circus of guitar violence. Or, as label head and Thee Oh Sees mastermind John Dwyer wrote in the liner notes, "Putting microphones on these Arizona weirdos is similar to trying to get a decent recording of a soccer riot."

Better pump up that soccer ball.