Tickets for the upcoming shows will be going on sale this Friday, March 25 at 10am. Tickets for all three events can be purchased online at tobincenter.org, via phone (210) 223-8624 and at the Tobin Center Box Office at 100 Auditorium Circle.

"Now, don't hang on, nothing lasts forever but the earth and sky, It slips away, and all your money won't another minute buy ... Dust in the wind, all we are is dust in the wind."

And with that uplifting passage we announce the upcoming concert (Friday, September 2) for one of classic rock's most fist-pump-inspiring, lighters-in-the-air-inducing groups: Kansas. With a sense of sincerity and purpose, the Topeka, Kansas combo (go figure) rose up the pop charts on the backs of hits "Carry On Wayward Son" and "Dust in the Wind," released just 12 months apart.

With the recent inclusion of "Carry On ... " in the Guitar Hero video game series, a whole new generation of fans with a love for melodramatic melodies and uplifting lyrical content (disregarding the depressing nihilist anthem "Dust in the Wind") has been formed. Tickets for this excellent grandfather-father-son bonding experience are priced at $32.50, $42.50, $54.50 and $100. 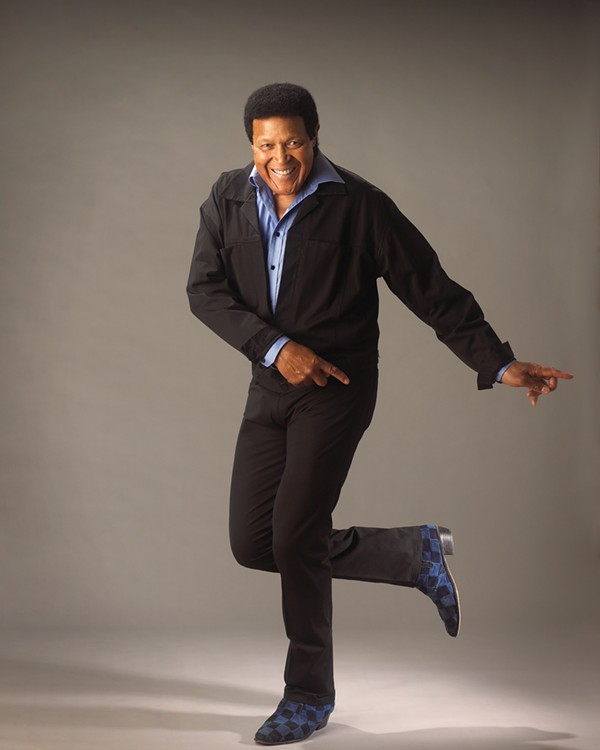 Born in Spring Gulley, South Carolina and soon after moving with his mother and two brothers to South Philadelphia, Ernest Evans got his start, and his nickname, while working at the Fresh Farm Poultry and Produce Market. His boss at Produce Market, Tony A., gave him the nickname, whereas Henry Colt, the owner of Fresh Farm Poultry set up Evans with a recording of the novelty song "Jingle Bells" for Dick Clark, in which Evans mimicked the vocals of some of the biggest stars of the day, thus giving him his big break.

In 1960, the man now known as Chubby Checker released "The Twist." Not only the number one song at the time but an introduction to the concept of "dancing apart to the beat," over the next few years, endless songs incorporating "The Twist" into its name sprang up, including the classics "Peppermint Twist," "Twist and Shout" and "Twistin' the Night Away".

In addition, each new song brought a new dance involving "dancing apart to the beat," such as "The Jerk", "The Hully Gully," "The Boogaloo" and "The Shake." Always at the forefront of these new dancing crazes – and rock 'n' roll – was Chubby, with "The Fly," "The Pony" and "The Hucklebuck."

Though successful artists in their own right, Mel and Pam Tillis will be performing together on the same night, September 18.

Mel Tillis rose to prominence after country superstar Webb Pierce recorded a version of his song "I'm Tired." Originally working primarily on the rockabilly genre, Tillis gained national attention and praise with his '60s and '70s country hits "Sawmill," "I Ain't Never" (another hit for Pierce) and "Coca-Cola Cowboy."

Following in her father's footsteps, Pam Tillis has also received national praise and attention for her contributions to country music with hits "Don't Tell Me What to Do," "Maybe it Was Memphis" and "Mi Vida Loca (My Crazy Life)."