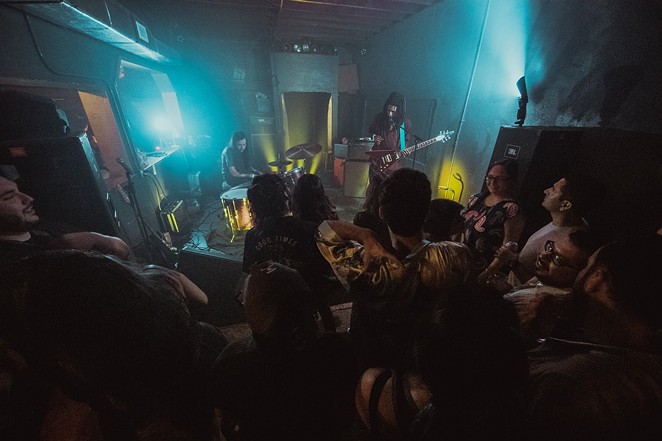 From the original Taco Land to G.I.G. on the Strip, San Antonio’s dive bars have played a vital role in presenting music free from the baggage of ticket-handling fees, mega-sized booking agencies and corporate sponsors.

Sure, large venues provide a needed forum for national and international acts, but smaller establishments — from neighborhood pubs to strange and seedy drinking holes — have long provided the key way for audiences to connect with anything from local acts still cutting their teeth to touring talents on the rise.

Ventura, located at 1011 Avenue B, continues that worthy tradition.

Over the past three years, the cozy haunt hidden between the endless construction on lower Broadway and the newish River Reach extension, has played opened its stage to a Who’s Who of up-and-coming musical talent.
From defunct blues rockers Lonely Horse and neo-soul singer Vocab to instrumental heavyweights Verisimilitude and hip-hop artist Samurai Sai, the shoebox-sized bar has offered a spot for myriad acts do develop their sound. It’s featured touring bands from as far away as Japan and hosted percussionist Claire Rousay’s avant-garde music program Contemporary Whatever.

Ventura owner Michael Carillo — who also fronts symphonic indie-rock outfit Deer Vibes — didn’t just take over the bar on a well-intentioned lark, though. His history extends back to 2008 when, a year after graduating from Judson High School, he was hired to run sound at the venue, then known as the Warhol.

“I think, at the time, I was just really excited to be doing something new and still involved in [something musical],” Carillo said. “I didn’t really have any expectations, but as the years went by, owning a venue seemed like the next step to take.”

A year into Carillo’s tenure, the bar’s name changed to the Ten Eleven. He continued manning the mixing desk, even as his role grew to include bartending, stage managing and booking bands.

When he found out in 2016 that the owners wanted to cash out, he jumped at the opportunity.

“The owners had been talking about selling to someone else, and I was like, ‘Hey, guys, what the fuck?’” he said. “‘I at least have an opportunity to hold my own.’” 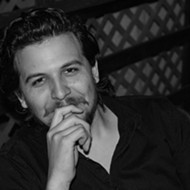 Carillo took over in April 2016, and by June he’d re-opened under the name Ventura. The following year, he obtained a liquor license, allowing him to sell more than just the beer and wine available under the previous owners.

If running a business was easy, everyone would do it. And Carillo quickly discovered that — on top of making sure bills got paid — brought a constant stream of challenges.

“City-code wise, it was definitely a challenge to learn about all of the permits and licenses that we needed, since we had never had liquor before,” he said.

And, as owner, Carillo’s got to make sure customers stay safe while they have a good time. Sometimes that means waiting for them to be picked up by an Uber driver, and others, de-escalating tense situations that could turn into fistfights.

“It’s the same thing that’s good about being an owner that’s also the worst thing,” he said.

Building relationships is key to running a business, Carillo said. On one hand, that’s great, because he enjoys the rapport with regulars and the bands that come through.

“The opposite side of it is, if someone doesn’t like me personally, they probably don’t like the bar either, or if I pissed someone off eight years ago, they probably hate Ventura,” he added, laughing.

Carillo’s learned that he can’t let a bad day make him grumpy. Working in the hospitality business entails keeping a calm and collected attitude. Even so, the payoff of watching a community rise up around him is worth the effort.

“We have a vibe. This is more of a DIY [venue] that doesn’t so much feel like business but more of a family,” he said. “And not just so much the staff, but everyone involved.”

As Ventura enters its fourth year, Carillo looks back on the run with pride. But like any good businessman, he always sees room for improvement.

“I’m humbly proud,” he said. “I think there’s always more work to do, and things to improve on and continue to grow with. But from being a sound guy at the side of the stage of the Ten Eleven to owning the business now and running it. … I feel good.”