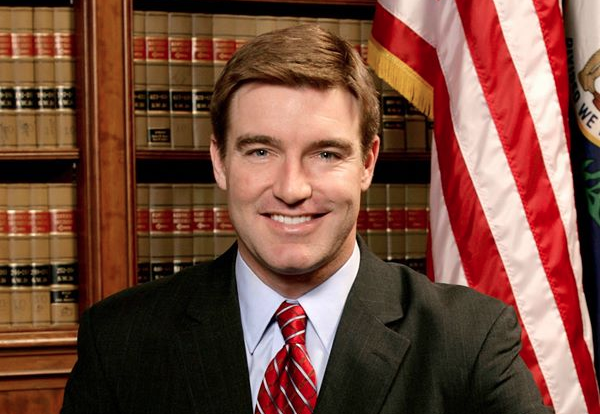 Kentucky Attorney General Jack Conway gave the nation a beautiful lesson on how to throw shade by embarrassing his counterpart in Texas with nary a mention of his name.

In a statement released on Facebook today, Conway promised to not waste public resources on efforts to defy the U.S. Supreme Court's marriage equality ruling.

The pledge coincides with an opinion issued by Texas Attorney General Ken Paxton that suggests public officials may claim religious objections to discriminate against same-sex couples who are seeking a marriage license.

Since the Supreme Court legalized same-sex marriage, conservatives such as Paxton and Gov. Gregg Abbott have framed the monumental civil rights decision as an attack on religious liberty, which is the only liberty that matters.

"The ruling does not tell a minister or congregation what they must do, but it does make clear that the government cannot pick and choose when it comes to issuing marriage licenses and the benefits they confer," he said today because someone finally had to.

Conway, who previously defended Kentucky's same-sex marriage ban in court, pledged to do the job that he is paid by taxpayers to do, which is defend the law and the people of his state. As of Friday, the law includes a constitutional right to marriage.

Over here in Texas, Paxton has made plainly clear that he will skew his interpretation of the law to support his far-right, anti-gay agenda and use his office and public funds to stoke a culture war that simply does not exist outside the minds of social conservatives.

For a breath of fresh air, read Conway's full statement.

Today, the United States Supreme Court issued the final word on this issue. The ruling does not tell a minister or congregation what they must do, but it does make clear that the government cannot pick and choose when it comes to issuing marriage licenses and the benefits they confer. It is time to move forward because the good-paying jobs are going to states that are inclusive.

As Attorney General of the Commonwealth of Kentucky, I did my duty and defended Kentucky’s constitutional amendment. When Judge Heyburn ruled the amendment was unconstitutional, I agreed with his legal analysis and used the discretion given to me by statute to inform Gov. Beshear and the citizens of the Commonwealth that I would not waste the scarce resources of this office pursuing a costly appeal that would not be successful.

As the Court profoundly stated in its opinion regarding the plaintiffs, 'They ask for equal dignity in the eyes of the law. The Constitution grants them that right.'

.@KenPaxton How could a business in good conscience decide to locate jobs in TX when the AG is openly encouraging discrimination? @txbiz

Meanwhile, Paxton is standing firm against criticism over his controversial opinion.

I will do everything I can as Attorney General to be a public voice for those standing in defense of their religious beliefs. #txlege