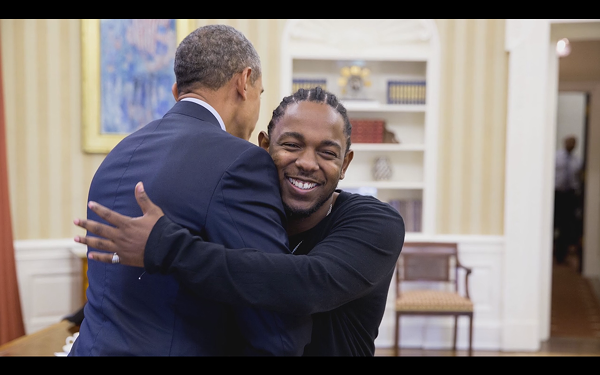 The rapper, who is nominated for more Grammys this year than any other artist, with 11, recently created a public service announcement with the help of director Dave Meyers and "the Little Homies," drawing awareness to the National Mentoring Partnership and the effects that mentors can have, particularly on at-risk youth.

The PSA features photos of Lamar's recent visit to the White House and his meeting with President Barack Obama. Obama recently stated that his favorite song of 2015 was Lamar's "How Much a Dollar Cost." The video clip also makes mention of both Lamar and Obama's shared conviction towards mentorship programs and their positive effect on children, Lamar being the product of one, himself.