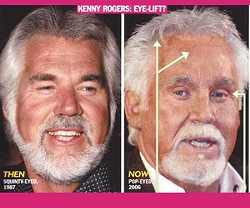 
Even though his plastic surgeon has yanked him beyond recognition, and you’ll have to brave a dreaded Cracker Barrel if you want a copy of his latest release (2011’s The Love of God), Houston-born Kenny Rogers is still one of country music’s most beloved entertainers. Best known for such timeless classics as “Ruby, Don’t Take Your Love to Town” (1969), “Lucille” (1977), and “Coward of the County” (1979), 72-year-old Rogers has recorded 65 albums, charted 120 hit singles, and starred in a seemingly endless series of TV movies based on his song “The Gambler.” $40-$75, 7pm, The Majestic Theatre, 224 E Houston, (210) 226-3333, majesticempire.com.