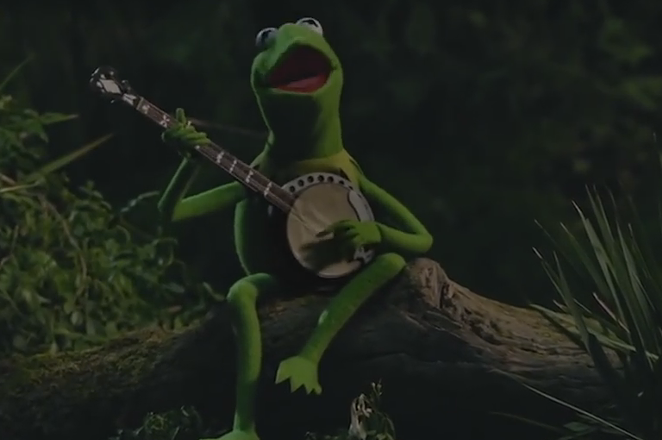 It's common knowledge that Kermit is a boss. Simply put: toad slays. What's also common knowledge is Miss Piggy, Kermit's ride-or-die hog, is somewhat of a porker (as in the verb) – she'll fuck anything that moves.

Mirroring the real-life docudrama of Beyoncé's most recent release Lemonade, and akin to Sesame Street's version of "Tha Crossroads," Kermy and the Notorious P.I.G. may be on the rocks, and it's all detailed in his cover of Bey's "Hold Up."

In the hilarious video's intro, Kermit hurls accusations at the former Bonnie to his Clyde. Stating, "This song really resonates with me, because, you guys know, Miss Piggy, she cheated on me and so ... uh, yeah, had to leave her alone. Kinda like what Beyoncé's husband Jay-Z did to her. Yay!"