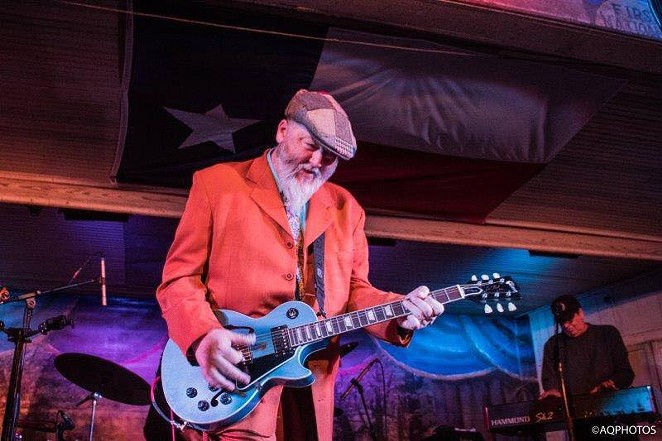 Kevin Russell of alt-country outfits the Gourds and Shinyribs is known for his quirky take on American music — and he brings spades of that sensibility to his new tribute to retired Spur Manu Ginobili.

In a lesson on how to crank out a topical tune while the buzz is still hot, the Austin musician posted a YouTube video of himself singing and strumming a musical love letter to Manu in what looks to be the back of a minivan (and while sporting an eerily Pop-like beard).

Russell runs through the accolades the athletic Argentinian won for his on-court performance and even embellishes 'em with some Texas-sized tall tales: "Once killed a bear with his bare hands/in the middle of a game to protect the fans." And he earns extra dog biscuits for rhyming "Argentina" with "hyena on a trampolena."

Check it out your ownself:


No, "Manu Ginobili" probably won't end up on the next Shinyribs CD, but it might not hurt to call out a request for it when the band swings through the Aztec in December with Robert Earl Keen's Cosmic Cowboy Christmas.

We're guessing Kevin (and the rest of us) will still be having the feels about Manu's departure four months from now.