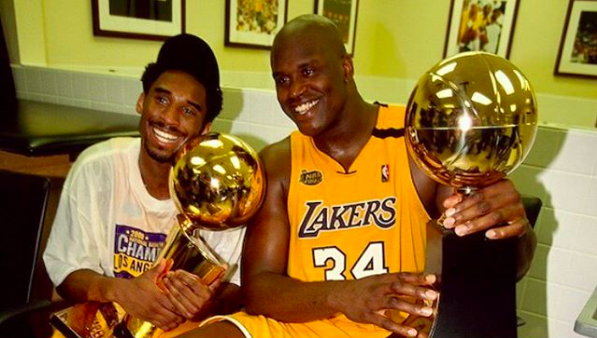 If you thought the rivalry between the San Antonio Spurs and Los Angeles Lakers was old history, think again.

Longtime Laker Kobe Bryant brought up the past in a recent interview on the All The Smoke podcast.

"San Antonio was tough," Bryant said. "The talent, the coaching, everything in San Antonio was kind of a perfect storm. If they weren't in the picture we probably would have run 10 in a row."

To Bryant's point, the Spurs had tough competition back then from the Lakers, who won the championship in 2000, 2001, 2002, 2009 and 2010. The rivalry was the main reason Spurs fans hated — or maybe still hate — LA's stars of the era, including Bryant and Shaquille O'Neal.

After all, the two teams were each other's main competition for winning the Western Conference championship and a chance to clench the NBA title. Recently, Bryant said the Spurs were such a tough competitor that the Lakers would have won 10 straight titles if they didn't have to face Coach Pop and company.

How many rings could @kobebryant and @shaq have won if it weren't for the @spurs? Mamba on #AllTheSmoke drops Thursday 🐍

It was that rivalry though, that created iconic moments that Spurs and Lakers fans alike still remember to this day — from SA ending LA's back-to-back championships to a string of edge-of-your-seat playoff games.