KRTU celebrates its first decade with a whole ‘Year of Jazz’ 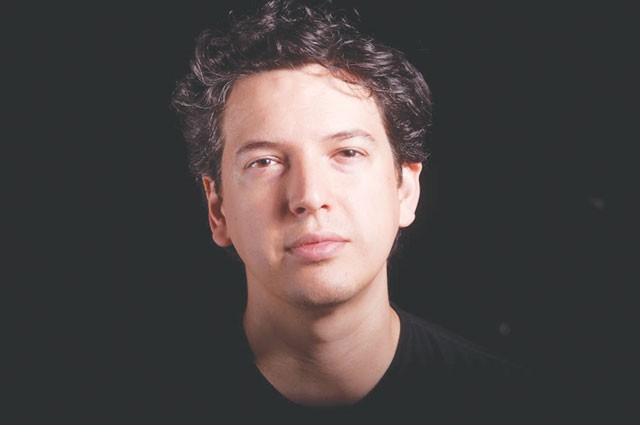 Aaron Prado was there nine years ago on the day KRTU 91.7 FM decided to go jazz.

“We had no idea if it would be a flash in the pan or take off,” Prado told the Current. “Would [listeners and jazz fans] support it? Was San Antonio ready for a jazz station?”

At the time, the success or failure of the station’s decision to go to 17-hours-a-day of jazz felt like a check-up on the health of the San Antonio jazz scene as a whole. The near-decade success brings an affirmative verdict. “It really proves that, yes, San Antonio does have an audience for jazz that will step up and support the music on the scene and on the radio through membership.”

In October 2012 the station, which originally launched in 1976 under a different format but switched to jazz in 2002*, will celebrate its first 10 years, but the festivities start Sunday with performances at the Sunken Garden Theater (see sidebar) and continue every month in different venues until the Grand Finale in October 2012 at the Laurie Auditorium.

The directive from KRTU’s long-time general manager William Christ was, “Let’s make it big!” according to associate general manager Ronald Nirenberg. “The question we had to ask ourselves was, ‘How can we, as an educational institution and a member of the arts community and the media, create something that was not only about KRTU and jazz but about San Antonio and about our community being a ‘shining example to the world,’ as the mayor puts it?” Nirenberg said. “One of the main takeaways from the SA2020 process was that the city, and all of its industries and sectors, recognizes that our arts and culture — our heritage as a city — is where we derive our competitive advantage and our identity as a city. That’s what makes us unique from Dallas, Austin, Houston, and cities across the country.”

The Year of Jazz is an unprecedented collaborative effort between KRTU, the City of San Antonio, and more than 20 San Antonio non-profits. “The idea is that on October 23 everyone pick their favorite cultural organization and become a member,” Nirenberg said. “They’ll enjoy the entire year [of Year of Jazz performances** and that organization’s programs] for that one membership.”

The musical highlight of Year of Jazz is the “San Antonio Jazz Suite,” composed by San Antonian Aaron Prado specifically for the yearlong celebration.

“[Duke Ellington] is my primary inspiration here,” Prado said. “Ellington composed portraits of people and places, and that’s what I’m trying to do with the ‘San Antonio Jazz Suite.’ It has eight relatively short sections, each of which is a portrait of either a significant event in San Antonio history or an aspect of living here today.”

It’s an ambitious piece roughly 50 minutes in length, scored for a standard 16-piece jazz big band of four trumpets, four trombones, five saxophones, and a rhythm section of piano, bass, and drums. It’ll be performed Sunday by Bill King’s King William Jazz Collective and four string musicians from the San Antonio Symphony. Each section is preceded by short narration by former Spur Sean Elliot, and he won’t be the only one reading. Before the “Suite” performance gets underway, Mayor Julián Castro will read from Chris Raschka’s book Charlie Parker Played Be Bop. The mayor’s presence is symbolic of the fruitful interaction between KRTU, the other non-profits and the city’s officials. “It was an easy case to make,” Nirenberg said about KRTU’s pitch to get people like Castro involved. “And as far as the City goes, we have forward-thinking leaders … We’re carrying the SA2020 torch into Sunken Garden Theater on October 23 and into every corner of the city during the Year of Jazz.”

For Prado — who came back to Texas in July after finishing his master’s degree in jazz performance at New York University and recording and touring in Peru with Afro-Peruvian group Chilcano (Madera corazón will be released in December before the band tours Spain next year) — the Year of Jazz goes well beyond KRTU’s first decade.

“One of the misconceptions people have about jazz is that it’s a dead music that had its day and no longer has anything new going on,” said Prado, who has just started his doctoral work in jazz performance at UT Austin. He’s the type of musician that, instead of relying on old standards, has kept the tradition vital by contributing his own take on it.

“That’s what keeps the music alive, and that’s exactly what we’re doing with the San Antonio Jazz Suite.” •

The Kickoff
The first of Year of Jazz’s 13 monthly events happening across the city will take place this Sunday, October 23, at the Sunken Garden Theater. It is a free event and lawn chairs and blankets are encouraged. The schedule is as follows:

2pm
Performance by the Youth Orchestras of San Antonio.