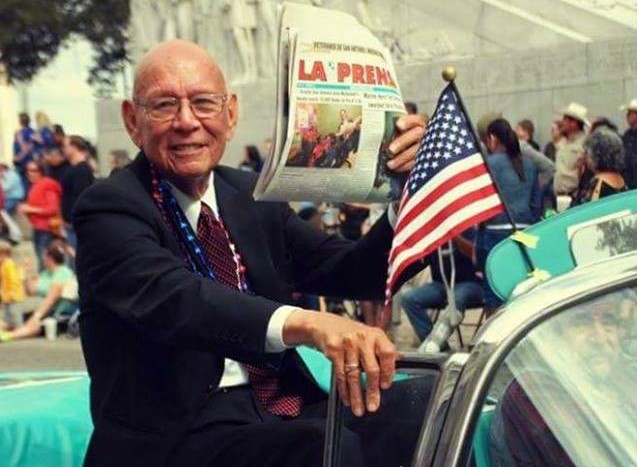 The news outlet, which specializes in positive, Latino-focused stories, aims to shift to an all-digital format on May 27 and rely more on contract workers and freelancers, said Durán, whose father Florentino “Tino” Durán led the paper from 1989 until his 2016 retirement. He died last year at 82.

"We have no intention of shutting down," she said. "Not after 29 years."

La Prensa's website describes it as the first and oldest bilingual publication in the state of Texas. It still operates with a staff of 10.

Nina Durán declined to discuss specifics about the revamp, saying much was "still up in the air." However, in a September interview with the San Antonio Express-News, she hinted a format change was on the horizon.

"I know we need to make a major shift in order to remain relevant and present in our city, but honestly, I'm still trying to figure out what that is," she told the daily. "Do we jump into the event sector? Do we create La Prensa TV? I don't have the answer to this question yet."

Creative marketing firm HeartFire Media merged with La Prensa in 2016, bringing the paper additional web, social media and video capabilities. As of Monday afternoon, the website included an array of fresh content including a story on Cheech Marin's recent visit to San Antonio College and a tour of West Side cultural icons penned by former UTSA President Ricardo Romo.

Tino Durán, an Air Force vet who grew up in the Alazan-Apache Courts, restarted La Prensa after stints at papers in Dallas and Fort Worth, according to the Texas Newspaper Hall of Fame, which inducted him in 2014. Its predecessor publication was founded here in 1913.

Durán and his wife and co-publisher Amelia "Millie" Durán also established the La Prensa Foundation, which has provided millions of dollars in college scholarships.