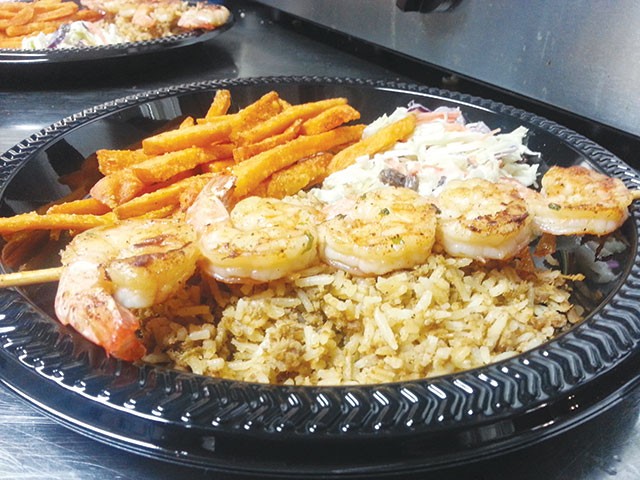 At 64 and 62, Suzanne and Joseph Jackson aren’t pretending to be something they’re not. The owners of Lagniappe Today, one of the city’s more august food trucks, have funnily enough found their niche serving hordes of 20-somethings at The Block food truck park next to UTSA’s main campus.

The truck first popped a wheelie in early January 2012 and has since spent time at several food truck parks including six months at the Boardwalk on Bulverde, a few stints at The Point Park & Eats off Boerne Stage and some stops in downtown as early adapters of the Downtown Food Truck Program.

Suzanne’s foray into the food world came after she retired from being a college administrator for nearly 30 years. While her career was formidable, her passion was feeding loved ones. She recalls spending Saturday mornings cooking batches of Nawlins-inspired meals for her family.

She’s not going at it alone: Son Gylon is the salesperson while husband Joseph adds 20-plus years of experience in the food industry.

“We’re not doing this to get into the restaurant business. We’re happy enough with the truck,” Jackson laughs.

She’s had to adjust recipes due to the limited amount of space aboard the 18-foot-long truck: Instead of whole chickens, she uses boneless and skinless chicken breasts and thighs for her gumbo. Jackson also pores over her collection of more than 70 Cajun and/or Creole cookbooks to find ways to translate home cooking into on-the-road cooking.

Popular items include the savory red beans and rice, chicken and waffles on weekend mornings, fluffy and fried crawfish pistolettes (Jackson, a Galveston native with roots in Louisiana, usually goes through almost 150 of these stuffed rolls on any given weekend) and a New Orleans favorite: smothered sausage and shrimp over cheesy grits.

“I cook what I really like, comfort food that makes me feel good,” Jackson said.

Her motherly nature translates well at The Block, where students often search for something special amidst the sea of less-than-awesome cafeteria food available on campus.

“Feeding them is fun. They come up and call me ‘mom’ sometimes, but I love it. The mom comes out in me,” Jackson said.