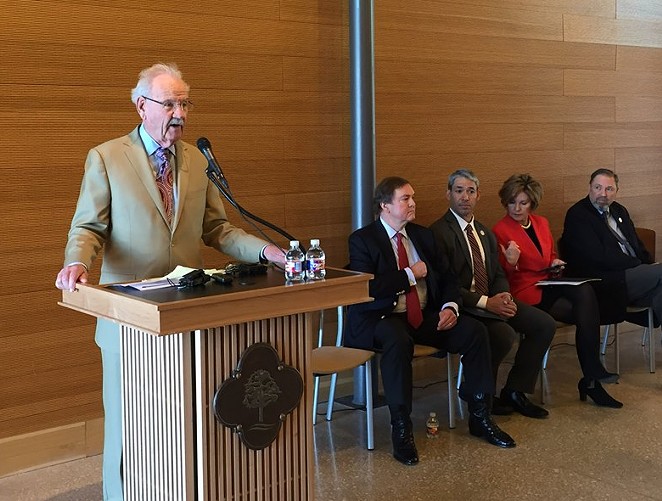 “Before the first shovel is picked up to build this bridge, the money in is the
bank to pay for it,” Hardberger said. He and his wife Linda made a $1 million personal donation to the project.

The bridge will be named the Robert L.B. Tobin Land Bridge, after the philanthropist whose name graces both the Tobin Center for the Performing Arts and a wing of the McNay Art Museum.

The bridge is set for completion around the end of 2019.

Hardberger Park opened in 2010 with its 330 acres bisected by Wurzbach Parkway between N.W. Military Highway and Blanco Road. Its master plan called for construction of a 150-foot land bridge over the busy thoroughfare covered in natural vegetation. Elevated paths would permit safe passage for both animals and humans.

Critics have complained the money would be better spent on parks with greater upkeep needs or on improvements to other city infrastructure. Some also questioned whether animals will use the bridge.