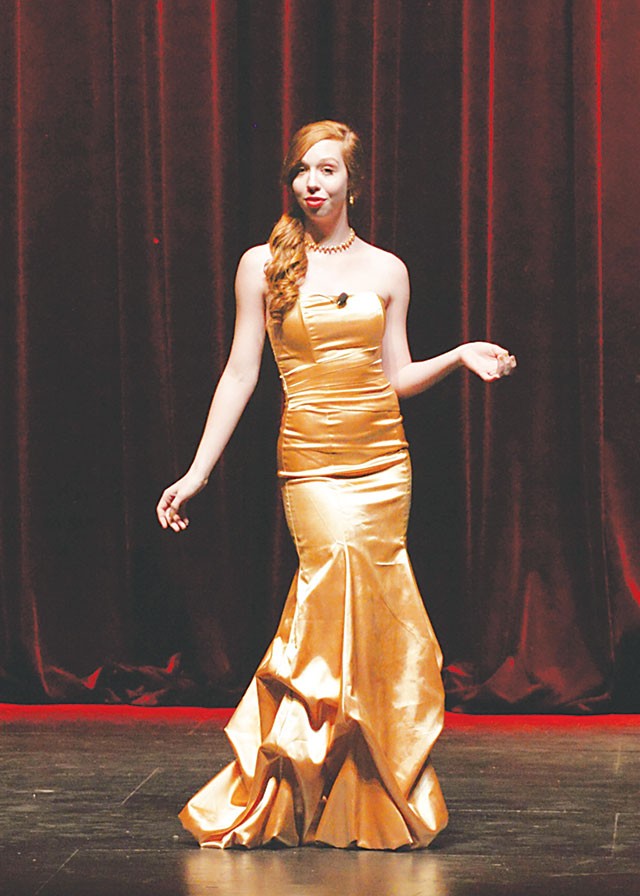 About 100 students from 35 different high schools throughout South and Central Texas entered the competition this year, vying for scholarships ranging from $1000 to $5,000 in four performing arts categories: vocal solo, acting solo, acting duet, and dance solo.

“I thought, ‘oh, no, it’s going to be like a Parks and Recreation talent show,’” Lenox, now Chief Executive Officer of the Las Casas Foundation, says. “But the kids just blew me away. They put on a very professional show. We have a lot of young talent in this part of Texas that needs nurturing and that’s just what Las Casas wants to do with this competition. We don’t ask the students to major in the performing arts, but we want them to go to college.”

Twenty-four finalists are set to compete for $85,000 in scholarship money May 19 at the Empire. Since 2009, the competition has awarded more than $300,000 in scholarships and is celebrating its fifth anniversary by offering a grand prize totaling $15,000.

Grace Phipps, a 2010 Las Casas winner whose credits now include the movie Fright Night, ABC Family’s The Nine Lives of Chole King, and CW’s The Vampire Diaries, is one of the judges, along with Greater Tuna co-creator Joe Sears, Broadway actor Seth Fisher, David Green of the Dr. Carol Channing and Harry Kullijian Foundation for the Arts, and choreographer Robin Lewis.

Studies show that students who are involved in the fine arts tend to do better in other academic subjects, Lenox claims.

Las Casas, the nonprofit foundation that restored the downtown Majestic and Empire theaters, is putting more emphasis on its support of arts education and local performing arts organizations now that the Tobin Center for the Performing Arts, the new home of the San Antonio Symphony, is under construction, Lenox says.

“When the symphony moves, it’s going to free up a lot of nights at the Majestic,” Lenox notes. “Since the theaters are restored and well taken care of, Las Casas can focus more on supporting the performing arts and arts education. We’re hoping to work more with local groups on presenting shows at both downtown theaters. We’ve already started talking to the Children’s Fine Arts Series, and we’re open to proposals from other performing arts groups.”