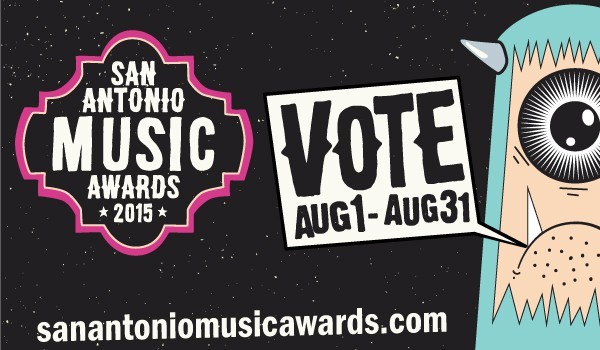 From Best Accordionist to Best DIY Venue, over 15,000 ballots have been cast so far in the 2015 San Antonio Music Awards. With a year of such exciting growth and change, we're thrilled to see what you consider the top tier of San Antonio music. But hurry; there are only five days left to cast your vote.

For inspiration, consider the award winners of 2014. Or, our live music calendar. No venue or band is to obscure — but, please, be specific. A vote for "Chris on guitar" or "that venue next to the train tracks on Fredericksburg" isn't helping anyone.

After voting closes, we'll announce the lineups for the San Antonio Music Awards showcases. On September 26, we'll host over 30 bands at 10 venues in San Antonio, with a $5 ticket as your passport to each and every gig.

Winners themselves will be announced, and treated in detail, in our music issue, which hits the stands on Wednesday, September 23.