Late-night Storms Close Roads, Cause Power Outages — And More Are on the Way 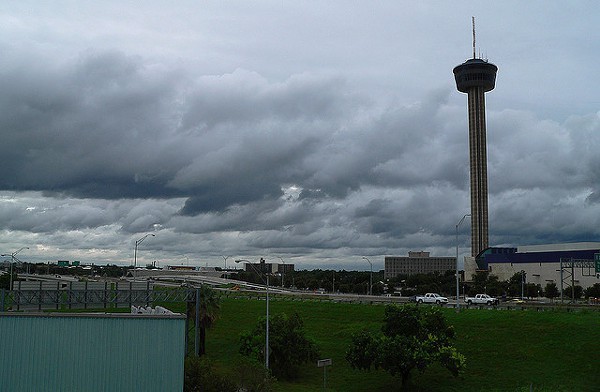 Another round of late-night torrential rain has closed streets and heightened the risk of flash floods in San Antonio.

Twenty-eight streets have been closed so far due to flooding, including the lower level of I-35 near San Pedro Avenue. A full list of closed streets is available here.

The storms also caused at least 12,000 homes to lose power during the night, according to CPS Energy. About 7,500 of the utility's customers are still without power. Track outages here.

A flash flood warning is in effect until 7 a.m., but the threat could last even longer. The National Weather Service predicts that Alamo City will get hit with more storms this afternoon, which could produce several more inches of rain. And the city's soil is already saturated, creating conditions more conducive to floods.

Storms could continue through the weekend, possibly bringing high winds and hail in addition to rain, according to the NWS. Updates throughout the day are available through the agency's Twitter account.