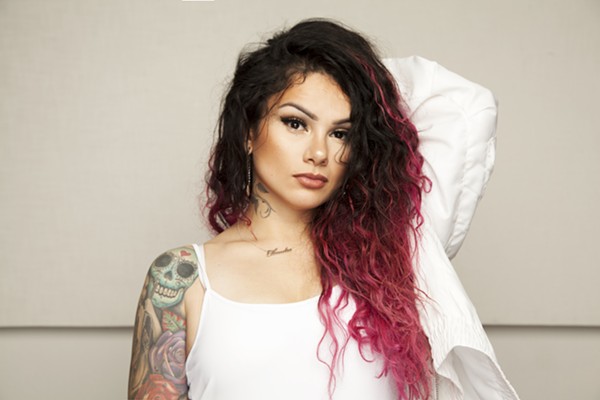 Real talk: Snow Tha Product ought to get more shine for being the highest-profile Chicana emcee in the game.

The California-born and -raised rapper, whose parents are both from Mexico, has put out a wealth of solid, if inconsistent, material since her debut mixtape in 2008. Rapping in English and in Spanish, Snow celebrates her heritage, cheekily and shrewdly recognizing her part as (for some reason) an outlier in today’s mainstream hip-hop scene. While she has only released one studio album, 2011’s Unorthodox, her eight mixtapes, including 2017’s Vibe Higher Mixtape, make an unmistakable argument that mofos should be taking note of homegirl’s work. Visit snowthaproduct.com to preview her music and get hyped for Sunday’s show.