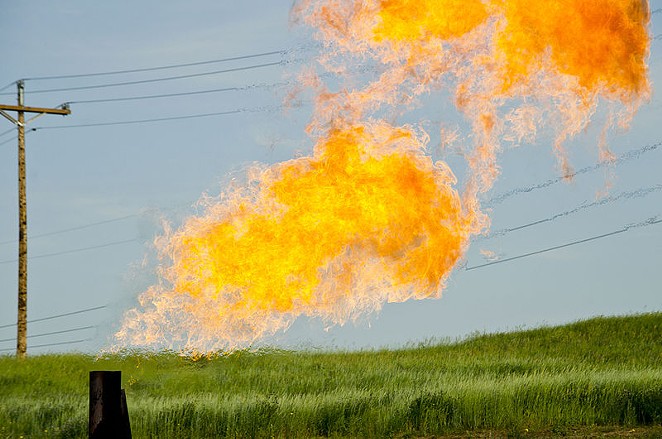 The Texas Railroad Commission — the state's top regulator of oil and gas drilling — is under new pressure to limit companies' burning of natural gas in oilfields such as the Eagle Ford Shale near San Antonio.

Pipeline operator Williams Companies last month sued the Railroad Commission in Travis County District Court, arguing that the agency is ignoring rules that curtail drillers' ability to "flare off" natural gas rather than transport it to market, the Texas Tribune reports.

Williams is challenging oil company Exco Operating Co.'s authority to flare gas that emerges as it pumps oil in the Eagle Ford rather than pay to take it to market via Williams' pipelines. The pipeline operator says doing so wastes state resources.

Even so, Exco appears to have legal rights to burn the gas. The commission gave the company permission to flare at more than 130 wells in late 2017, according to the Tribune. The company later asked for a two-year extension.

The agency has approved every flaring request it's received since 2011, allowing a total of more than 27,000 exemptions, according Environment Texas.

Citing its own data analysis, the environmental group said that if the state continues at its current flaring rate, emissions from West Texas' Permian Basin alone would nearly match the amount of smog-forming pollution emitted by three mid-size coal-fired power plants.