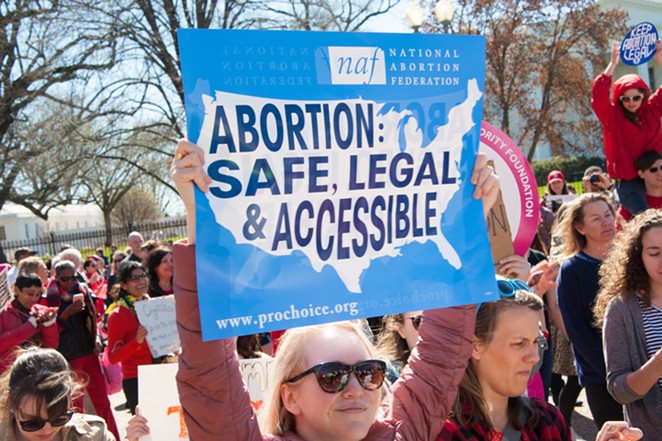 Abortion rights advocates sued the state of Texas Tuesday to block a new law banning abortion as early as six weeks into a pregnancy and deputizing people to file lawsuits against those who help a woman obtain the procedure.

The plaintiffs are asking a U.S. District Court in Austin to block Senate Bill 8 before it goes into effect September 1. The law, passed during the most recent legislative session, bans doctors from performing abortions after a fetal heartbeat is detected, usually after six weeks.

Approximately 85-90% of people who obtain abortions in Texas are at least six weeks into pregnancy, meaning this law would bar nearly all abortions, according to the suit filed by the Center for Reproductive Rights, Planned Parenthood and the American Civil Liberties Union on behalf of abortion advocates, providers and clinic staff.

“If this oppressive law takes effect, it will decimate abortion access in Texas — and that’s exactly what it is designed to do," Nancy Northup, president of the Center for Reproductive Rights, said in a statement. "The state has put a bounty on the head of any person or entity who so much as gives a patient money for an abortion after six weeks of pregnancy, before most people know they are pregnant. Worse, it will intimidate loved ones from providing support for fear of being sued."

Other states, including Idaho and Oklahoma have passed similar "heartbeat" abortion bans, but federal judges have blocked them from taking effect.

Republican champions of the Texas bill have argued that its lawsuit provisions will make it harder to block in court. However, advocates argue the legislation is still unconstitutional.