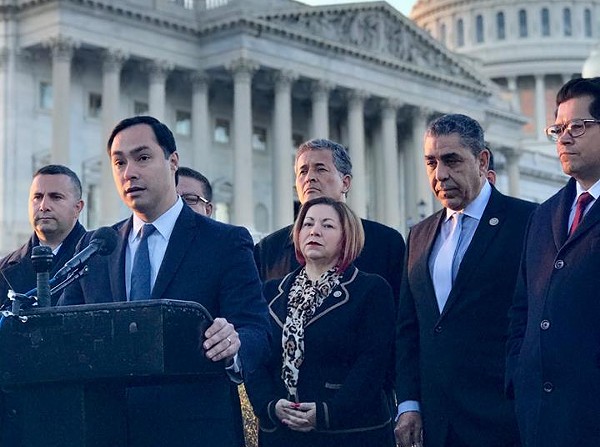 Lawsuits are one way to force the Trump Administration to stop its policy of separating parents and children suspected of trying to cross into the U.S. illegally, U.S. Rep. Joaquin Castro said Wednesday.

The San Antonio Democrat urged voters to contact their elected officials to pressure the administration to backtrack on the controversial policy. However, he acknowledged, another remedy may lie in legal action.

"I'd like to see the administration reverse course on its own, but I also hope people will put pressure on them by seeking recourse in the courts," said Castro, who's organizing a rally on the issue tomorrow night in San Antonio.

Legal challenges to Trump's executive order banning travelers from Muslim-majority countries forced the administration to rework and scale back the policy. And, in February, a New York civil rights group sued Trump Administration officials over what it called prolonged detention of immigrant children.

Trump and Attorney General Jeff Sessions have faced criticism from Castro and others for departing from the policies of previous presidents, which usually kept families together while awaiting immigration hearings.

The Department of Homeland Security has reported separating 658 children from their families along the U.S.-Mexico border between May 6 and May 19, according to Castro. What's more, the administration has been unable to account for an estimated 1,50o children who crossed the border, mostly unaccompanied by adults.