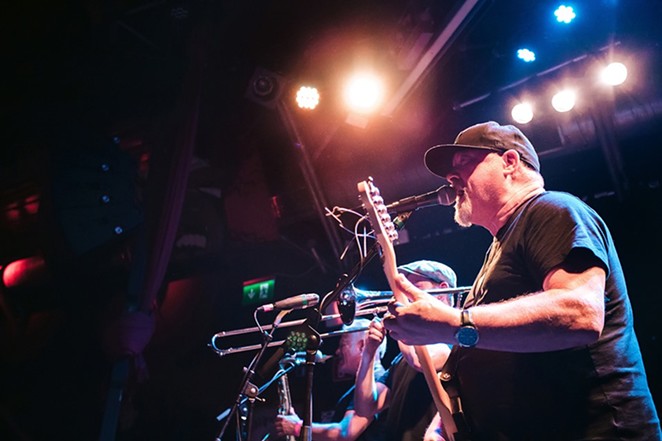 Following behind UK ska acts like the Specials, the Selecter and Madness, the Toasters helped usher the two-tone sound into the United States.

The only remaining original Toasters member, Englishman Robert “Bucket” Hingley, moved to NYC in 1980 and managed the Forbidden Planet comic book store. The story goes that, after seeing the Beat perform at the Roseland Ballroom, he decided to form his own ska outfit.

Not even a year into the band’s birth, the Toasters landed their first gig, which just so happened to be an opening slot supporting now-legendary hardcore outfit Bad Brains. The band has since released numerous albums, blending ska with pop, rap, R&B and calypso.

Hingley and family are headed to San Antonio on Thursday, September 5, for a show at the Paper Tiger — the first date on the second leg of their American tour.

Tickets aren’t on sale yet but check papertigersatx.com for details.