Legendary Toilet Seat Artist Barney Smith Has Died, But His Art Lives On

Homegrown folk figure Barney Smith, owner and proprietor of the Toilet Seat Art Museum, died Tuesday evening. The retired master plumber ran the museum from the garage of his home in Alamo Heights from 1992 until earlier this year, when the collection of well over 1,000 toilet seats was relocated to The Truck Yard restaurant in The Colony, which is about a 15-minute drive outside of Dallas.

Smith's unique assemblage art is world famous, but San Antonians held him in particular regard for his warm, open personality. Rather than hold regular operating hours, Smith would make appointments with anyone who wished to view the collection and personally walk them through the ever-growing trove of embellished toilet seats, which he would often stay up into the wee hours of the night to construct. 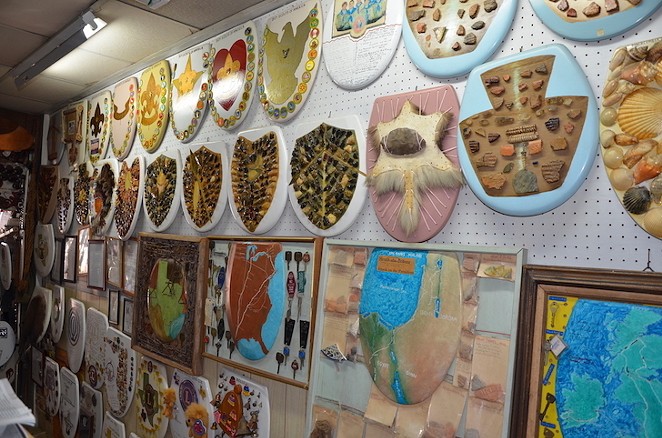 In addition to the now relocated collection, the "King of the Commode's" toilet seats were chronicled in a book that was funded on Kickstarter in early 2018. This spring he also crossed into true Internet fame when he was immortalized in meme form.

Smith's family shared the news of his death on the museum's Facebook page with a post that included his favorite poem, Rudyard Kipling's "When Earth's Last Picture Is Painted," which he memorized as a child and would often recite to museum visitors. A memorial service has not yet been announced.