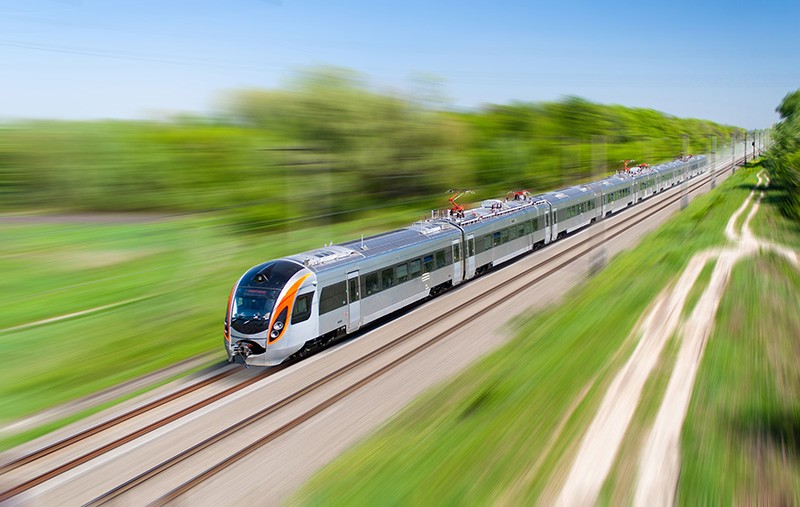 It takes about five hours to drive from Monterrey, Mexico, to San Antonio — that's if there's not much of a line at the border.

It's quite a popular route, considering the growing volume of Monterrey émigrés in SA (there's a reason the Stone Oak/Sonterra area is called "Sonterrey" or "Little Monterrey").

So they and others may like the sound of being able to cut that trip down to two hours.

That's what Congressman Henry Cuellar, D-Laredo, is trying to do.

His plan? High-speed trains linking the two hubs, with a stop at the border — Laredo.

The project would be the first passenger rail line to cross the U.S-Mexico border. Cuellar touts it as a job creator. Tourist attraction honchos in SA have already asked about the project's progress, eager to investigate its potential to bring in more crowds.

"I'm really excited, because at least at the federal level we're going to start setting up those protocols ... that Texas and Mexico need to have," Cuellar told the San Antonio Current.

Carlos Ruy Martinez, a UTSA international business professor who also teaches in Monterrey, said that the project could be an economic game-changer.

Martinez, in a phone interview from Monterrey, said the line could create a "paradise for the consumer" by facilitating movement between both cities and opening up more markets.

And tourism, especially from Texas to Mexico, could boom. Passengers on the line would likely be pre-cleared to cross the border, eliminating much of the wait time associated with crossing by car.

"There's still some people who are a little bit afraid of coming to Monterrey," Martinez said, referring to drug-related violence that's plagued the region.

"If you could go directly from Monterrey to San Antonio in just two hours, people, I'm sure, would use this train. It will have consequences," he added.

But plenty of obstacles stand in the project's way.

Cuellar has advocated for the project since 2008. He helped attach it to a study by the Texas Department of Transportation on high-speed rail between Texas and Oklahoma City that started in 2012.

Becky Ozuna, a spokeswoman for the TxDOT, said that the study will address a bevy of questions about the Texas-Mexico line, such as how it might be funded, how fast the trains could go and whether the lines could carry cargo in addition to passengers.

But Ozuna also emphasized that the study doesn't guarantee anything — it's only a report on what's possible.

"[It's] just a study to see if a rail line would even be feasible, not a plan of any sort," Ozuna told the Current.

That study is ongoing, according to TxDOT. But it hit a snag because "there's really no studies or protocols between the U.S. and Mexico" for international rail, Cuellar said.

To remedy that dilemma, Cuellar earlier this month inserted into a bill directions for the Federal Railroad Administration to bridge the gap between TxDOT and Mexican transportation authorities.

Whatever TxDOT concludes, the project won't be cheap. Mexican officials have projected that the line would cost about $1.5 billion on their side of the border.

Cuellar, TxDOT and FRA all declined to provide the price tag for the U.S. cost.

Cuellar said the bulk of the project would likely be funded through the private sector, in partnership with public transportation authorities from both countries.

Initial projections estimated that the line could be completed by 2018, but Cuellar said that delays mean the date will have to be pushed back. There isn't a concrete timetable for its completion.

But because of opposition to a separate rail proposal, a sneaky budget procedure at the Legislature could have sidelined the effort.

Texas Central Railway, a privately-funded, high-speed rail line between Dallas and Houston, has drawn the ire of groups concerned about the project's impact on property values and safety. The line is still in its planning stages, but it could open by 2020.

Several bills to block the TCR have died this legislative session. So Sen. Charles Schwertner, R-Georgetown, recently offered a proposal that would block TxDOT from spending any money on high-speed rail projects.

Schwertner defines high-speed rail as "intercity passenger rail service that is reasonably expected to reach speeds of at least 110 miles per hour," which would likely include the San Antonio-Monterrey rail.

Over half of the trains operated by Amtrak can top 100 miles per hour, with the world's fastest trains hitting 200 mph.

House and Senate negotiators struck Schwertner's lanaguage out of the budget. But opposition to high-speed rail remains and, if it prevails, it would mean a major blow to the San Antonio-Monterrey line.

Schwertner's office did not respond to multiple requests for comment.

Before it was removed, Cuellar said he hoped the proposal would be nixed from the budget.

"They were going after the proposed Houston-Dallas line," Cuellar said.

"That should not stop us from going from San Antonio, Laredo and Monterrey," he added.

"This should have been done previously, so I'm glad it's happening," he said.