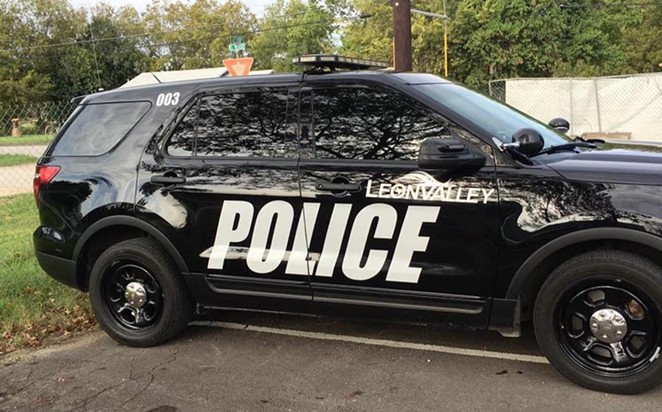 Leon Valley police have arrested a man for making a terroristic threat after he posted on Facebook that he was going to "shoot up a church during the prayer service."

On Sunday, Leon Valley officers took Terray Davon Myles into custody in the parking lot of the apartment complex where he lives. KSAT reports that the Southwest Texas Fusion Center tipped the police department about Myles, who allegedly shared the following update on his Facebook page:


"Sunday gunday!!! Bout to shoot up a church during the prayer service!!! Wish me luck!!!"

The post, which has since been removed, also included a picture of Myles with an AR-15, a pistol and money.

Though the post did not name a specific church, Chief Joseph Salvaggio said, "Anytime anyone makes a threat like that, we're going to take it serious, regardless."

Officers searched Myles' apartment and car with his consent, though they were unable to locate weapons of any kind — not even those seen in the Facebook post.

Myles, 27, reportedly told officers that he posted the threat because he was mad, but did not say whether he planned to carry out a shooting. The suspect was described as being "angry and abusive" while speaking to officers, however, reportedly telling them to shoot and kill him.

Myles has been charged with making a terroristic threat and is being held on a $2,500 bond.